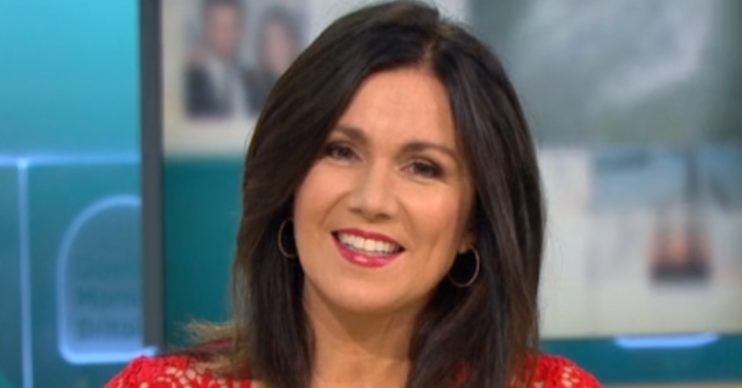 The star is taking a 'well earned' Easter break

GMB host Susanna Reid has revealed she is taking a break from the programme for Easter.

The 50-year-old presenter announced the news on the ITV show earlier today (March 31).

Susanna has taken over the reins since former colleague Piers Morgan dramatically quit this month.

The star – who often works on Thursdays – will miss next week’s editions.

Earlier today, Ranvir Singh shared: “Right, that is it from us. You are off tomorrow.”

Susanna replied: “Yes, I am. Off for Easter. I am off for a little break.”

I am off for a little break

Ranvir joined her GMB co-host on the panel during Wednesday’s edition.

Meanwhile, Susanna was accompanied by Ben Shephard on Monday and Tuesday.

The break follows shortly after a tumultuous few weeks for the ITV programme.

Earlier this month, Piers stormed out of the studio following a row about Meghan Markle.

Meanwhile, the day after he clashed with Alex Beresford, Susanna told viewers Piers would no longer be appearing on the show.

At the time, she said: “Piers has decided to leave the programme. Some of you may cheer and others will boo.

“He has been my presenting partner for more than five years and during Brexit and the pandemic and other issues he has been a voice for many of you, and a voice that many of you have railed against.

Over the weekend, Piers finally broke his silence on his relationship with Susanna.

Writing in the Mail, Piers quipped that his ex Marion Shalloe spoke about him “more fondly” than his former colleague.

He said: “Jeez, even my real ex-wife talks more fondly about me than that (and, in fact, did so overnight in a very supportive message).

Piers explained that the pair hadn’t fallen out, but he thought Susanna felt “angry and sad” at him leaving amid the show’s continued ratings success.

He also wondered if she was “concerned for her own future” and “fearful of troll abuse” for supporting him.