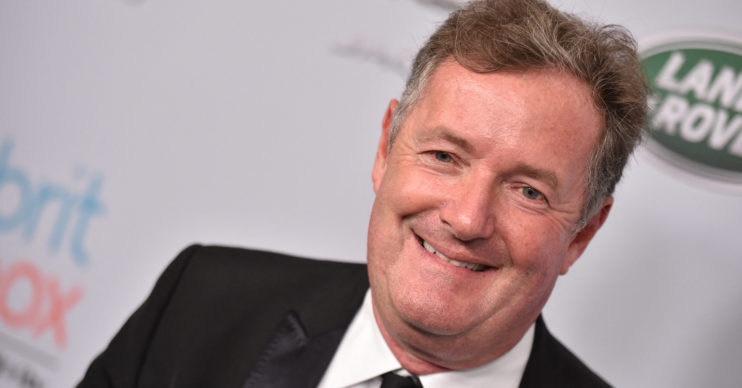 "You get less for murder these days"

Piers Morgan showed his softer side during an ad break on GMB today to share a message to his wife.

He and Celia are celebrating their 10th wedding anniversary today, and he posted a picture from the special day on social media.

Alongside it he posted a message that read: “10yrs ago today… I made an honest woman of Celia.

“And her lawyers hoped it would never last! Happy Anniversary to my considerably better half.”

10yrs ago today… I made an honest woman of Celia.
And her lawyers hoped it would never last! Happy Anniversary to my considerably better half. pic.twitter.com/3VTPEVVHK5

Earlier in the show Piers announced it was his anniversary, and co-star Susanna Reid appeared not to know.

Piers joked that people get less than 10 years for murder these days.

As a picture of the couple flashed on screen, Susanna remarked that Piers was punching, describing Celia as “a very beautiful woman”.

Piers protested that actually his wife was the one who is punching!

Susanna then joked that she was happy to be able to take Piers off Celia’s hands for a couple of hours a day to give her a break.

When asked how the couple would be celebrating, Piers quipped that they would be going to their kitchen, probably for a curry.

Celia, 44, is a journalist and novelist and mum to Piers’ only daughter Elise, eight.

Piers also has three sons Spencer, Albert and Stanley with his first wife.

The outspoken 55-year-old journalist has claimed that he is a pussycat at home and when the door closes there the noise stops.

Celia claimed during an appearance on Good Morning Britain in 2018 that she rules the roost.

She said: “I think women are always quietly in charge, I just think it’s best to let the men think that they are.”

The couple clearly share a playful sense of humour. At the beginning of the year, Celia hilariously trolled her husband for being old.

They told me I’d wake up married to an old man one day. I just thought we had more time #happy2020 #wheredidthetimego #primarycaregiver

Here’s to another 10 years for you Piers!