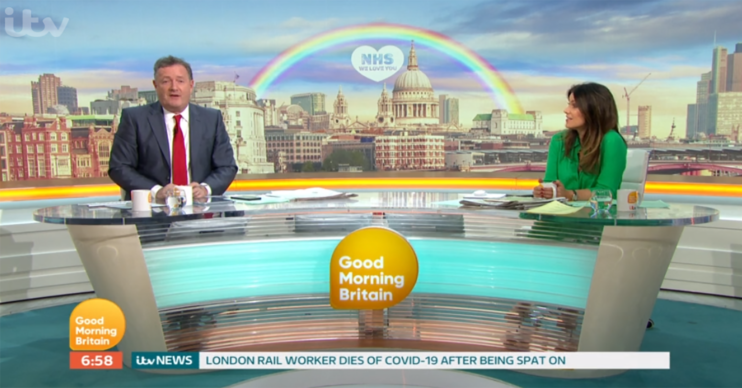 There's been a string of explosive interviews recently

ITV’s Good Morning Britain has been hit by more than 500 Ofcom complaints in just eight days.

Host Piers Morgan is known for his outspoken and direct approach on the daytime programme.

However, not everybody is keen on the explosive interviews as hundreds of viewers complained to the TV watchdog.

According to The Sun, 191 people complained over celebrity hairdresser Adee Phelan’s appearance on the programme.

He swore three times as he discussed a range of topics including the NHS and racism.

Adee said the government “need to get their [bleep] in order” before criticising Boris Johnson, dropping the b-word.

He also addressed the Black Lives Matter protests in London and called for an end to racism, swearing again.

The explosive interview saw Piers and Rudy clash over the racism protests across the US following the death of George Floyd.

Piers and Susanna Reid apologised to viewers, however, the interview sparked 271 complaints to Ofcom.

Days later, 89 viewers complained when a lawyer defended one of the police officers accused of having involvement in George Floyd’s murder.

Piers clashed with Earl Gray and the lawyer accused the presenter of “talking bad” about the officer.

Ent Daily has contacted Ofcom and GMB for comment.

Back in April, Piers thanked fans for their support as he was cleared by Ofcom following complaints over his interviews with a series of MPs.

He said on Twitter: “I’ve been emphatically cleared by @Ofcom of treating Govt ministers ‘unfairly’ during this crisis.

“Verdict: ‘Viewers would expect him to challenge senior politicians and hold them to account.’

“Thank you to everyone that supported me.”

Do you enjoy watching GMB? Leave us a comment on our Facebook page @EntertainmentDailyFix and let us know what you think of this story.