Good Morning Britain viewers are divided over a surrogate mum who gave birth to her own son's child.

Cecile, from Nebraska, offered to carry her granddaughter Uma at the age of 61 because she wanted to help her son Matthew and his partner Elliot have a child.

The couple revealed Elliot's sister's eggs were fertilised by Matthew's sperm and Cecile carried the baby. 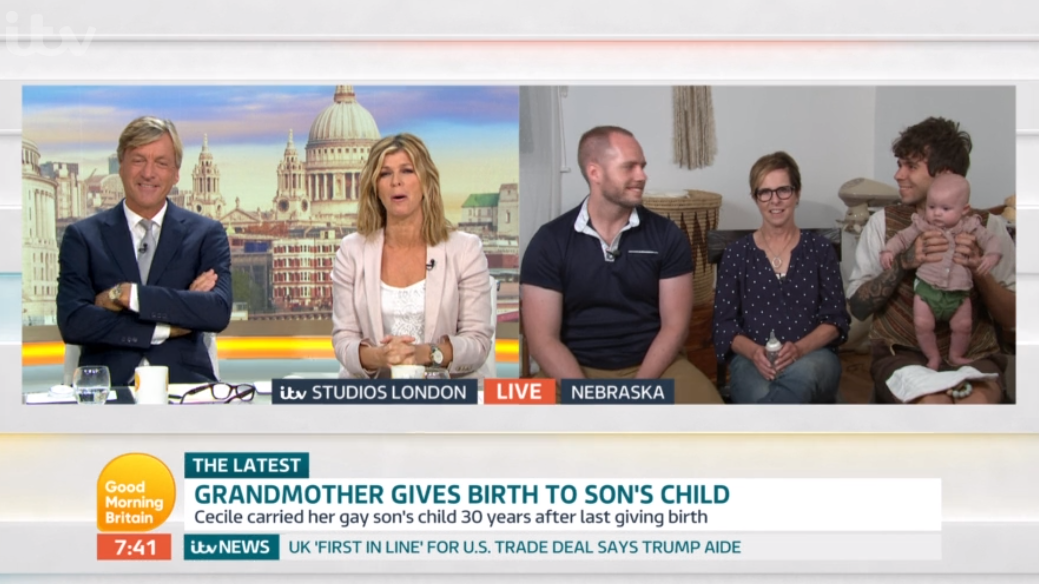 Elliot explained: "My sister had just had her first son and we loved my nephew so much, so we started exploring the idea of having a child."

Matthew said: "We're from Nebraska so for a queer couple adoption and foster care were a path we weren't quite ready to navigate so we decided we wanted to go through IVF.

"When his sister offered to donate her eggs, we were immediately excited by the option and said 'yes' to that.

"Then when we were navigating how we were going to do the surrogacy, we had a conversation at a family dinner and my mum volunteered."

He continued: "At the time we didn’t necessarily think it was a realistic option, but when we were at the IVF clinic and I mentioned it and the doctors said it was a possibility." 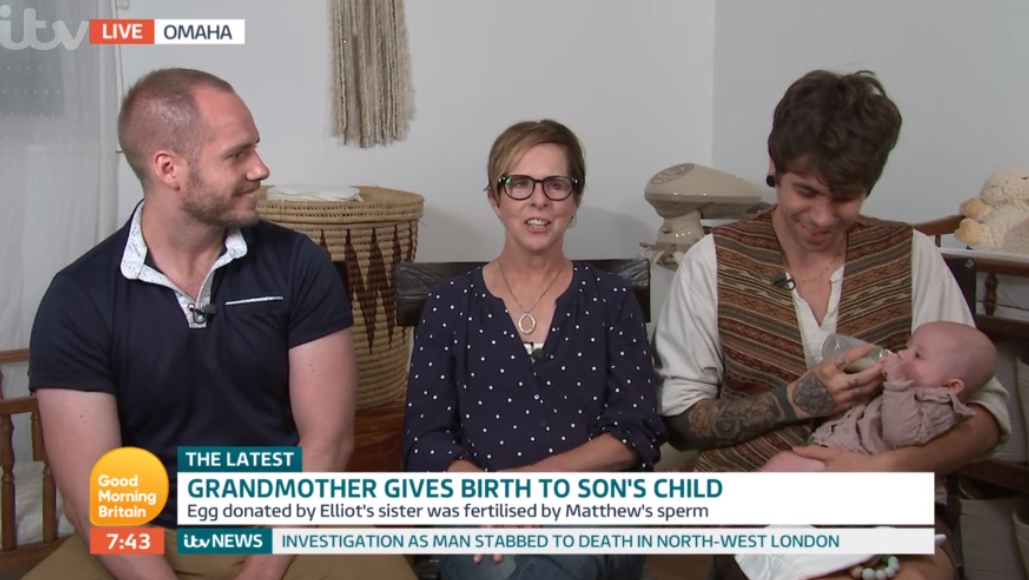 Cecile wanted to help her son Matthew and his partner Elliot have a child (Credit: ITV)

Cecile added: "When they were speaking about doing it and had a surrogate in mind, I just said to them, 'if this doesn't work out I would be happy to do it.'

"I loved being pregnant, and I knew I was healthy enough to do it. It just naturally came out and when I said it, I couldn’t take it back so the deal was on the table."

When his sister offered to donate her eggs, we were immediately excited by the option.

When asked if it feels "weird" to be a mother and grandmother, Cecile said: "The whole time [I was pregnant], people would ask, 'are you going to be able to hand over this child or will you treat her as your own.

"But it was never that. It was always, 'this is my granddaughter.'"

When asked if they've received any "abuse" or criticism over the situation, Cecile said: "Sure. When we first decided to do this, we were very private about it. 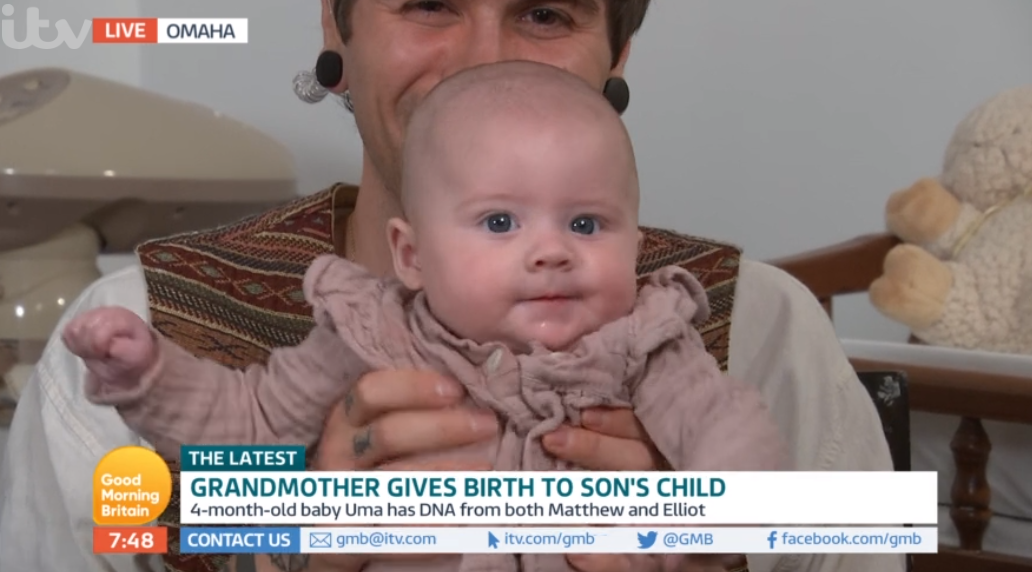 "It wasn't because we were embarrassed or ashamed, we didn't know what the outcome was going to be.

"Once we had Uma, I was not expecting so much publicity, I didn't think it was so much of a big deal."

Another wrote: "It's totally disgusting, feel so sorry got the poor kid," while a third added: "The world is getting weirder."

It's totaly disgusting, feel so sorry got the poor kid.

The world is getting wierder

However, others were more positive towards the family.

One wrote: "What a wonderful mother you are," while another said: "This amazing, well done guys, ignore the haters they haven't got a clue! I think you're an incredible lady with a huge generous heart. Well done!"

A third tweeted: "Unconventional but lovely to be able to offer such a beautiful gift."

What a wonderful mother you are.

This amazing, we'll done guys ignore the haters they haven't got a clue! I think you're an incredible lady with a huge generous heart. Well done! #LGBTQ #ignorehate #helpeachother #love #beautifulgift #miraculous

Unconventional but lovely to be able to offer such a beautiful gift.