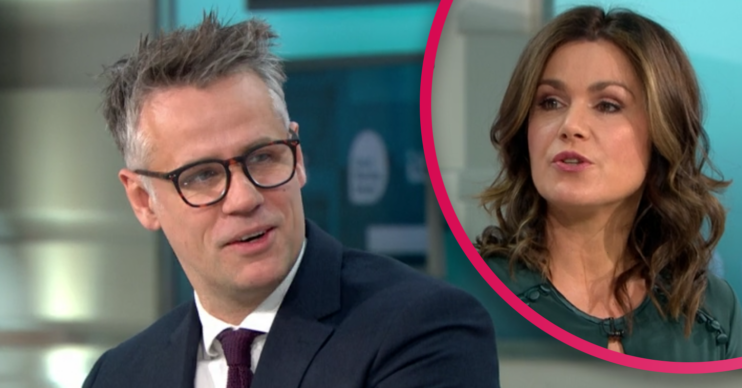 PLEASE can he be a permanent fixture ITV!

And he has stepped in to host alongside Susanna Reid as the New Year kicked off.

However, he has now announced that he’s stepping back from the role.

What did Richard Bacon say about leaving GMB?

Chatting to Susanna on Wednesday’s show, Richard joked that Susanna had attempted to fire him “twice in the last five minutes”.

However, while she insisted that couldn’t be further from the truth, Richard confirmed today was his last day.

Susanna said: “I’m not firing you at all, more than happy for you to be here as often as you like but you told me today is your last day.”

How did viewers react to the news?

Richard has gone down a storm with the majority of Good Morning Britain viewers.

And, as a result, they spent this morning pleading with bosses at ITV to make him a “permanent fixture” on GMB.

“Can Richard Bacon be a permanent fixture on GMB please?” pleaded one. “He’s a breath of fresh air!”

“Great to see Richard Bacon back again… my favourite!” said another.

A third added: “Good morning, can we please keep Richard Bacon on GMB.”

“He has done a great job and been a welcome addition, in my opinion. Only wish he could stay on – please?” they asked.

What else has Richard said about his departure?

Signing off on Twitter after the show finished, Richard paid tribute to his co-stars on the show.

He shared a selfie of himself with Susanna and Charlotte Hawkins.

And he captioned it: “Thank you marvellous @GMB gang.”

One fan asked: “When are you back?”

We guess it’s a case of watch this space… or start a petition to ITV!

So who do you think should host alongside Susanna? Tell us on our Facebook page @EntertainmentDailyFix.