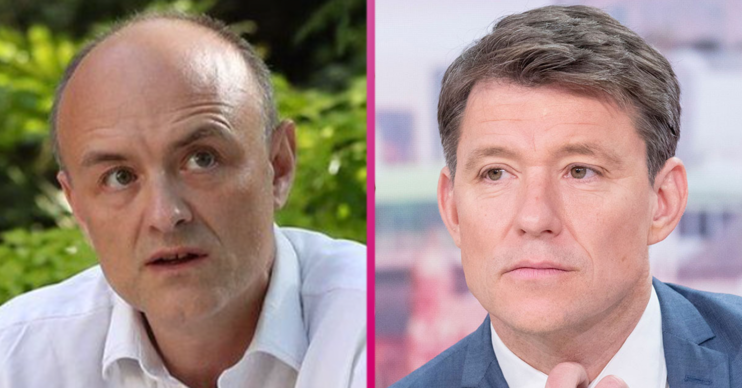 Good Morning Britain viewers urged the programme to 'move on'

GMB viewers were criticising the show today (Wednesday, May 27).

Those tuning in said they were “fed up” with the programme’s coverage of the Dominic Cummings scandal.

Many were even defending the prime minister’s chief advisor as they urged the ITV breakfast programme to “move on”.

Taking to Twitter, one fan wrote: “It is on the news for the fifth day only because YOU keep dragging it up!

“Stop it and stop keeping scraping the barrel to drag up people that agree with you, lots of us are fed up with it. MOVE ON.”

Another then added: “I’m 100% behind Cummings. My wife and I had exactly the same plans.

“We were prepared to drive 140 miles for family support. Any decent parent would.”

Moments later, a third posted: “I would like to know how many of the people having a go at Cummings could put their hand in the air and saw ‘I have obeyed all the rules.'”

Shortly after, a fourth wrote: “I’ve made a complaint to @Ofcom about how @GMB are reporting on the same issue over and over for their own individual views and wants.

“They don’t speak for the nation. #AxeGMB.”

Lisa Nandy speaks out on GMB

Social media was inundated with reactions after the Shadow Foreign Secretary Lisa Nandy came on to give her views to hosts Ben Shephard and Charlotte Hawkins.

“Families up and down the country have made enormous sacrifices,” she said. “They cannot understand why the case Dominic Cummings outlined was unique.

“I have sympathy for any family with a young child where one or more of the parents is suffering from COVID-19 – but everybody has to abide by those rules.

‘They have to apply equally otherwise the public will not have confidence and lives could be lost as a result.”

When asked whether Dominic should resign, Lisa added: “When you’ve got a couple of parents who have either got COVID-19 or are deeply unwell, you can certainly see a scenario in which people would make a bad decision.

“But to make a series of bad decisions and then to refuse to apologise for it seems to me to be fairly irretrievable.”

'Everybody has to abide by those rules, they have to apply equally otherwise the public will not have confidence and lives could be lost.'

Later this afternoon, Boris Johnson will face questioning from the Liaison Committee over Dominic’s behaviour.

“Boris has got to clear this up,” added Lisa.

“The prime minister has to clarify that – including what he knew and when and if he authorised Dominic Cummings to break the rules.”