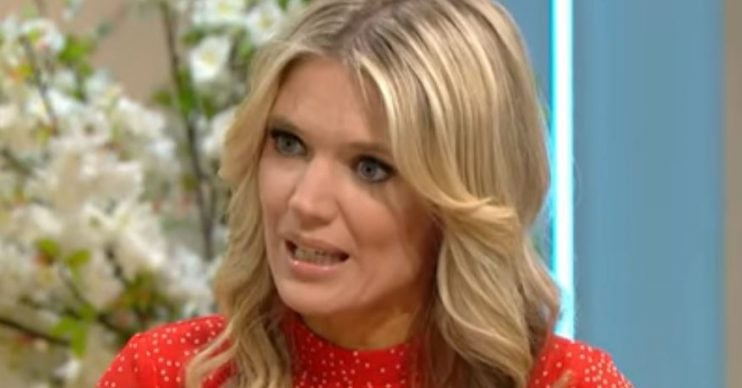 Frank died a month before Ella Rose was born

TV presenter Charlotte Hawkins appeared on Lorraine today (July 3) and opened up about losing her dad to motor neurone disease.

The Good Morning Britain star, 44, said Frank never got the chance to meet her daughter Ella Rose as he died a month before she was born.

She got to tell him she was expecting a child though, and told Lorraine Kelly she was “thankful” for that.

Frank died in 2015 at the age of 78, after struggling with motor neurone disease for several years.

She explained: “He died a month before Ella Rose was born. I’ve got to be thankful that I was able to tell him I was pregnant at last.”

Ella Rose knows all about her grandad, as Charlotte created a memory book for her to remember him.

She continued: “When we go on holiday [Ella Rose] waves to him out of the plane. She thinks she lives in the sky because he’s in heaven. He’s living on through her.”

Since Frank’s death, Charlotte has worked to raise awareness of the condition, which is believed to affect around 5,000 people in the UK.

She spoke about a new drive by the Motor Neurone Disease Association to offer better access to their support funds for people living with the terminal illness.

Charlotte said of her late dad: “He’s with me every day. I miss him so much every day. For us, it was a horrific thing to go through as a family, watching him live with motor neurone disease and eventually die of it. It is a heartbreaking disease for people to have.”

Speaking further, she said she “passionately” believes scientists will eventually find a cure for the condition, which she said is “not as rare as we think”.

Charlotte has been a co-presenter on GMB since 2014, alongside regulars Piers Morgan and Susanna Reid.

She also currently presents Classic FM on Sunday afternoons and featured in the 2017 series of Strictly Come Dancing.