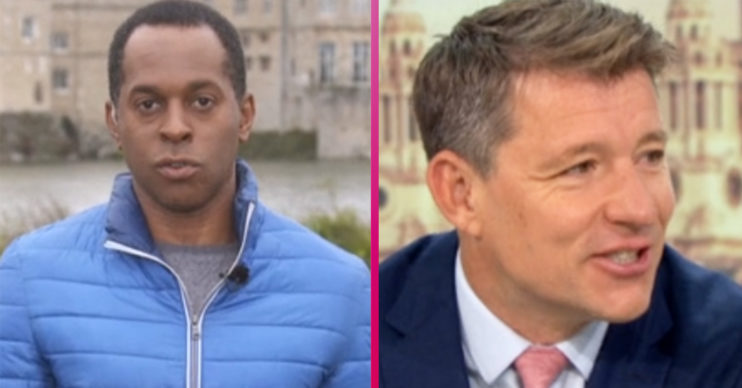 The reporter, 50, was presenting a prize giveaway on location when he made the faux pas.

What did Andi say about Ben Shephard?

As he finished his lines to the camera, he handed back to Ben and Susanna Reid in the studio.

With Ben and Susanna cracking up in the studio, Andi attempted to continue.

“Have you ever got into a car and driven to the wrong place?” he asked.

Susanna quipped: “No but I’ve known people call other presenters the wrong name!”

Ben took it in good spirits

After an embarrassed Andi slipped off-screen, Ben and Susanna continued the discussion in the studio.

“Do you know he gave me my first job in telly?” Ben asked.

“And he still thinks your Piers Morgan,” Susanna said.

Ben has had a busy day on GMB.

Also on the show, he ticked off comedian Al Murray during a discussion about the BBC and the report that the broadcaster might be cracking down on left-wing comics.

“The thing is if people really want more right-wing comedy they’re going to have to vote for a left-wing government.”

He continued: “Whether you agree with it or not the job of a comedian is to cause mischief and say the unsayable, and also to flick Vs at the government.”

Al proceeded to flick his own Vs up to the BBC onscreen.

That’s when Ben stepped in, apologising to viewers.