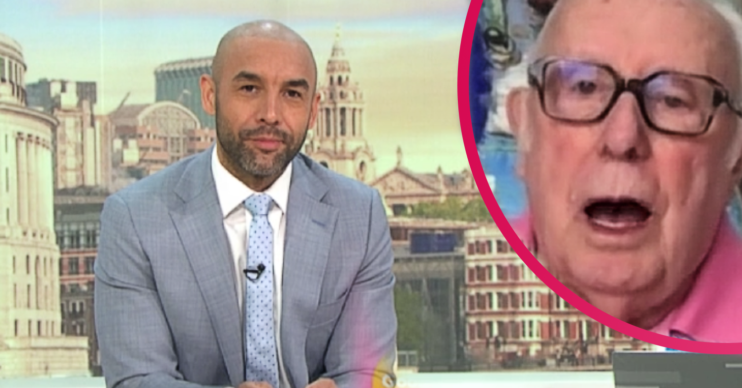 GMB viewers mocked Alex Beresford this morning (Friday April 2) after he made a One Foot in the Grave blunder.

However, during an interview with comedy legend Richard Wilson, the popular weather correspondent made a bit of a boo-boo when it came to Richard’s most famous character, Victor Meldrew.

What did Alex Beresford say on GMB?

Jos revealed that he had been helping Richard during lockdown and has been doing the grocery shopping for him.

However, the chat soon turned to 1990s sitcom One Foot in the Grave , in which Richard played cantankerous OAP, Victor Meldrew.

“What are the chances of you reprising your role in One Foot in the Grave , one of my all-time favourite series?” Alex asked.

“Well I’m very pleased to hear you say that, but know that Victor Meldrew is dead?” Richard replied.

Laughing, Alex said: “You say that but we’ve seen it in the past [in] Death In Paradise… characters actually coming back to life. Why not? Why not take One Foot in the Grave?”

How did GMB viewers react to the blunder?

It didn’t take long before GMB took to Twitter to register their surprise at the blunder, and poke fun at Alex.

One viewer said: “One of #Alex’s ‘all-time favourites’… my arse.”

@alexberesfordTV just caught out lying pretending he loves One Foot In The Grave and will it return to the TV screens.

Another wrote: “@alexberesfordTV just caught out lying pretending he loves One Foot In The Grave and will it return to the TV screens.

“Only for Richard Wilson to remind him the character is dead #gmb.”

When did One Foot in the Grave originally air?

Written and created by David Renwick, One Foot in the Grave aired on BBC One from 1990 to 2000.

Featuring Victor getting into all kinds of scrapes, his catchphrase – “I don’t belieeeeeve it!” – became a hit across the country.

The final episode, in 2000, saw Victor killed in a hit-and-run accident.