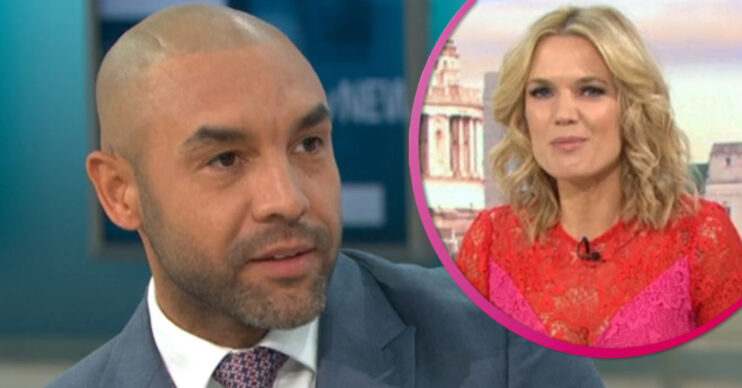 Some people switched off!

Regular host Susanna Reid recently went on her summer break and today viewers woke up to see Charlotte and Alex teaming up to present.

However, some people switched off when they saw the pair.

One person said on Twitter: “Time to switch off @GMB for the summer – really! Alex Beresford & Charlotte Hawkins anchoring? #botingboringboring.”

Read more: GMB today: Where is Susanna Reid? When is she back?

Another wrote: “I switched straight over at 6.30, I like Charlotte but Alex. He doesn’t fit.”

A third added: “I switch over to BBC Breakfast when Alex Beresford is allowed to present on the programme.”

However, others were thrilled to have Alex and Charlotte on their screens.

Another tweeted: “Loving you guys this morning.”

One commented: “Lovely Charlotte Hawkins. Will be tuning in this morning.”

Meanwhile, on today’s show, Charlotte called out Dominic Raab after he got her name wrong live on air.

The Secretary of State and Foreign Secretary was discussing the COVID-19 vaccines.

Charlotte asked Mr Raab whether he agrees with Michael Gove who said those who refuse to get the jab are “selfish”.

Mr Raab said: “Sophie, the way I’d say it is get the vaccination because it’s in your own interest but also it’s in the interest of your family, your community and your country as a whole.

“That’s the way I would frame it.”

Charlotte then said: “It’s Charlotte by the way…”

Mr Raab quickly apologised as Charlotte added: “That’s okay. I’ll let you off just this once.”

Viewers were left cringing as one tweeted: “Omg Dominic raab has just called Charlotte Hawkins by the wrong name. So awkward.”