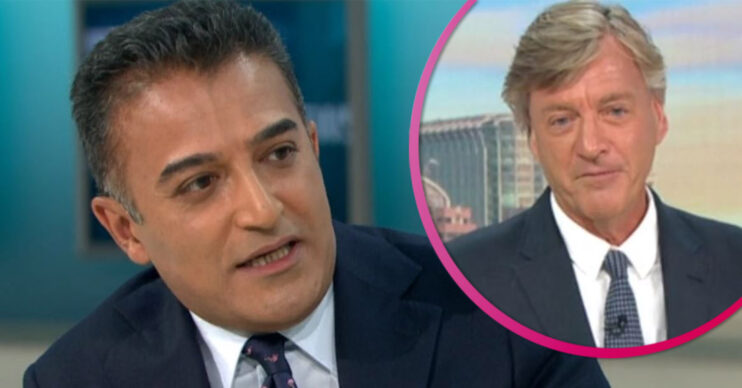 However, some viewers weren’t happy to have him back and a couple even begged Richard Madeley to return.

What did GMB viewers say about Adil Ray?

One person wrote on Twitter: “Turned GMB on saw Adil Ray was co-presenting, turned GMB off.”

Another said: “What is [Adil] doing on there again bring Richard back at least he’s a journalist and knows what he is talking about!!!”

However, others expressed their delight over having Adil back.

One said: “Nice to see you’re back on GMB Adil,” while another wrote: “Lovely to see you back Adil.”

In addition, another wrote: “I always look forward to seeing Adil hosting #gmb along with Susanna.

“He’s straight forward, honest & not biased. Yes I would love Adil to also permanently anchor GMB & along with Kate [Garraway] too.”

Meanwhile, there’s been many rumours about who will replace Piers Morgan on the ITV show following his exit.

Richard previously said he’s yet to receive a call from GMB for Piers’ job.

He added to The Sun: “Whether I’m going to be asked to take over, I have no idea.

“The bookies have me down as the front-runner and there have been opinion polls where I’ve come out reasonably well, but there’s a huge difference between that and it being a reality.”