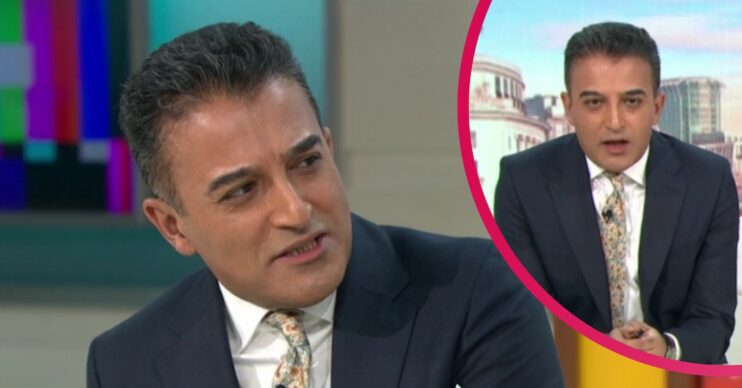 Poor Adil, 47, has faced criticism from Good Morning Britain viewers in the past for his hosting of the show.

And unfortunately, today was no different for some people.

There weren’t many niceties at the beginning of today’s show, however, as the duo got straight down to business by taking swipes at the government.

Michael Gove, the Secretary of State for Levelling Up, Housing and Communities, was invited to appear on the show this morning. However, the 54-year-old failed to show, deciding to appear on BBC Breakfast instead.

Susanna said they would have liked to have interviewed Mr. Gove on today’s show. “Unfortunately, the minister in charge has decided to leave our chair empty.”

Susanna then went on to say that they hadn’t interviewed the Prime Minister in four years on GMB either.

“I’m trying not to take it personally because when I was on last Wednesday someone didn’t show up as well,” Adil said.

Adil and Susanna then continued to joke about Adil driving MP’s away from being interviewed.

“Adil Ray is in the chair at Television Centre which apparently means we don’t get someone in the chair at Milbank,” Susanna laughed. “Stop asking those pesky questions,” Susanna then said, jokingly telling Adil off.

However, some viewers weren’t happy that Adil was presenting, and took to Twitter to air their views.

“Please get rid of Adil Ray the blokes pathetic only been on 5 mins and I had to turn over,” one said.

“Get rid of Adil,” another said.

A third wrote: “Please get rid of Adil Ray.”

What else did viewers say about Adil Ray?

However, not everyone had it out for Adil today. Many viewers praised the presenter’s interviewing skills and said that MPs refused to appear on the show because he’s the only one who holds them to account.

“The fact that Michael Gove chose to see the BBC Breakfast and NOT speak with Adil Ray goes to show who is more likely going to hold Boris Johnson to account,” one viewer said.

“And now he has decided not to be interviewed on GMB. Coward knows that Adil Ray is there,” another said of Mr Gove’s decision not to appear on the show.

“I think Michael Gove is too chicken to come on GMB and he’s too afraid that he’s gonna get grilled by Adil Ray,” another said.

It looks like politicians know who to avoid if they want an easy ride of it when doing their TV interviews!