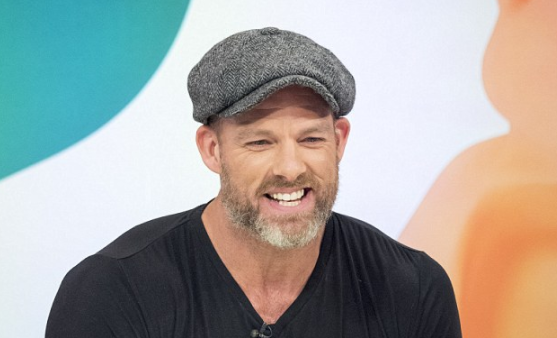 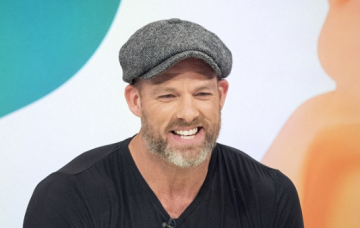 James was on the show to chat about keeping fit at 44… but you know those Loose Women, they love a bit of gossip!

As James discussed exercise tips, Saira Khan rather smoothly moved him onto the subject of Zoe by saying: “I know what motivates you, you work out with your very famous girlfriend!”

As a photo of James and Zoe flashed up on screen, the Loose Women all ‘oohed’ and admitted they hadn’t realised the couple’s romance before the show.

And, in a further surprise to them, James then spoke about Zoe’s past as a Gladiator.

“She used to be a Gladiator,” he said. “She was one of the new breed when Gladiators came back on Sky about eight years ago.

“She is a bit of an avatar, actually. I’m a bit jealous of her. She’s a natural freak with her genetics and naturally very fit.”

As for whether he and Zoe work out together, James said: “I don’t really work out that much with her because she’s juggling like seven jobs. Being a doctor, she’s super busy.”

Nadia Sawalha then chipped in to say: “You must both just be naked all the time.”

Her remark prompted laughter from the audience, as a puzzled Saira said: “You do wear clothes when you work out!”

Nadia, however, replied: “If you’re both Gladiators you will probably never have clothes on in the house!”

The Loose Women panel weren’t the only ones surprised by James and Dr Zoe’s romance!

James found fame with Gladiators at the tender age of 19.

He told the panel: “They found me in a bodybuilding show. I was a printer at the time and they said, ‘Look, come for an audition.’ Ten days later I was in Birmingham filming the show and had to leave my job.

“At that point I wasn’t very athletic and then suddenly I’m climbing walls. That first year I was rubbish at everything and just thought, next year I’ll come back and have trained to be a Gladiator.

“It just goes to show if you put in the effort how much you can improve.”

These days James is still as fit as ever working as a personal trainer and fitness TV presenter.

His latest venture, a workout DVD called Fit At 40, is available now.