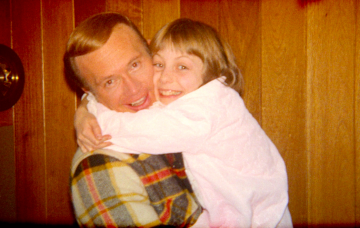 Girl was kidnapped TWICE by family friend after he brainwashed her parents, documentary reveals

Viewers have declared this the "weirdest" and "wildest" crime doc ever

An astonishing – and deeply disturbing – new documentary that recounts the story of 12-year-old who was kidnapped TWICE and forced to marry a paedophile is shocking telly viewers.

Even worse, both of Jan Broberg’s brainwashed parents had their own relationship with the sicko… even AFTER he was arrested for the appalling abuse.

The film – which features interviews with the whole family, as well as recordings of the kidnapper, Robert Berchtold – begins when the Broberg family befriended Berchtold and his wife at church in 1972.

Berchtold – then in his early forties – quickly zeroed in on the eldest daughter, Jan, and he began to brainwash her parents – even starting affairs with both Mum and Dad.

He was then, with the help of a fake therapist, able to persuade them to let him share a bed with their daughter for weeks, before kidnapping the young girl.

He took her to a camper van in the Mexican desert where he convinced her they were part of an alien race and had to procreate or her family would be hurt and killed.

Berchtold ‘married’ the young girl, before he was caught by the FBI and she was returned home. But the story doesn’t end there.

Her parents, Bob and Mary Ann Broberg were afraid Berchtold would reveal their affairs, and so released a statement changing their story and claiming their daughter wasn’t kidnapped after all.

Berchtold was allowed to return to their lives and community, with friends and neighbours actually apologising to him. Shockingly, Jan’s mum then admits to starting her affair up again with Berchtold.

He then kidnapped Jan for a second time, this time taking her to a Catholic school, where he told the nuns he worked for the CIA.

When she was finally found and returned home, Berchtold was arrested but sent to a mental facility, where he stayed for only six months before being released again.

It took Jan nearly 30 years to speak out, but eventually she did, revealing the details in a book written with her mother called Stolen Innocence.

Berchtold later killed himself in 2005, and a further six girls came forward to reveal his abuse.

Viewers have flocked to Twitter to express their shock at the programme as they watch it.

One wrote: “This Abducted in Plain Sight documentary is MAD. I’m shook. They let this man into their lives, the father and mother both got with the predator and when she disappeared they didn’t report their daughter missing for FIVE DAYS??! Craaazy.”

Another said: “The dad [bleeped] off the geezer on #abductedinplainsight abducted in plain sight. Imagine explaining that one. Weirdest [bleep] I’ve ever watched.”

A third wrote: “Currently watching Abducted in Plain Sight on Netflix and it just keeps getting stranger and stranger.”

While a fourth blasted: “I just watched Abducted In Plain Sight on Netflix and holy [bleep] I almost threw my TV out the window. That was, by far, THE WILDEST documentary I have ever watched.”