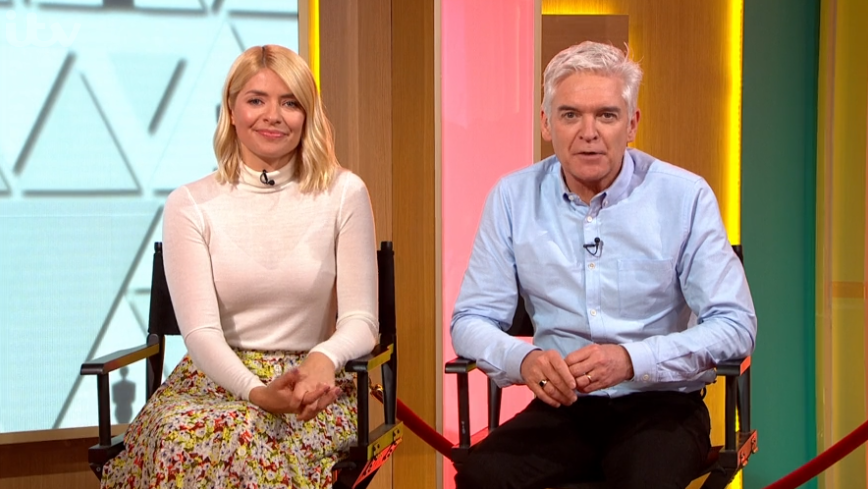 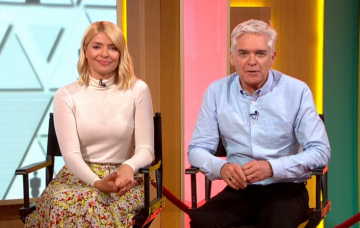 Gino D’Acampo had a bone to pick with Holly Willoughby and Phillip Schofield after they filled in for his cooking segment two weeks ago.

The presenters showcased their cooking skills as they attempted to dish up crab pasta special crab linguine, accompanied by prosecco, while Gino was off sick.

But Gino had to direct Holly and Phil over the phone as the segment quickly turned into chaos.

Read more: This Morning in chaos as Phil and Holly are forced to host cooking segment solo

Returning to the show on Monday, Gino was back in the kitchen and got ready to cook a vegetable and Asiago cheese frittata.

But he wasn’t going to let Holly and Phil near his segment again.

Pointing his finger at the duo, Gino said: “Let’s not make a fuss about me coming back, one day off I took in 13 years, one day off.

“And by the way, by the way, the only thing you had to do was a plate of pasta, it was an absolute shambles the way you did it, it wasn’t presented well, you didn’t tell people the tips, see, this shows you how difficult it is to do my job.”

Phil hit back: “Well if you looked at Twitter that day you’ll find we did rather well, people were saying, ‘Sorry, Gino who?'”

Holly joked: “I think you’ll find Gino that there will be many people who are actually disappointed you turned up today.”

Gino replied: “Well, I’ll tell you what I’m going to do, you guys can cook and I’ll do your job – hold a card in my hand and [ask people] a few questions. Done.”

It comes after Holly and Phil filled in for Gino on the show earlier this month.

But things turned chaotic as Holly almost hit a medic, who was on set, while popping open a bottle of prosecco.

Phil jokingly exclaimed: “You nearly hit the medic! We’ve knocked the medic out!” as the studio burst into laughter.

Gino then called into the show to help the pair out.

He raged: “How many times have I told you to stir the pasta? And the garlic and the chilli is burning. Don’t tell me what it is because I can see it.”

Holly said: “Can you stop shouting. You don’t sound nearly sick enough not to be here by the way!”