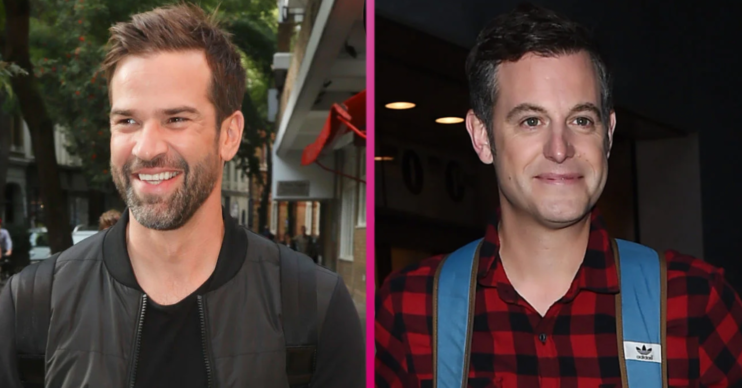 The presenter has been a hit with viewers!

TV star Gethin Jones has hinted his stint on The One Show may become a permanent fixture since taking over from Matt Baker.

The 42-year-old has hosted the BBC show alongside Alex Jones in recent months.

But now, Gethin has teased it may be for good following Matt’s departure earlier this year.

Speaking to OK! magazine, he said: “I think it’s all up in the air at the moment because of the pandemic. I don’t know what the plan is, but I’ve really enjoyed it.”

The Welsh presenter also had plenty of praise for co-star Alex, who he first met in his teens.

Gethin added: “I love working with Al. I’ve known her since I was 18 and my first ever TV job was with her.

“I was wearing double denim and she had about 17 colours in her hair! We’re always chatting away before the show starts and we have to remind ourselves we’re on live telly at 7pm and we have to behave ourselves!”

The lovable host has certainly made a good impression with viewers.

Taking to Twitter, one said: “I think these two are a good pairing. Alex and Gethin #TheOneShow.”

Another agreed: “Excellent. I love @GethincJones and @MissAlexjones presenting together. Gethin should be made a permanent presenter on #TheOneShow.”

A third stated: “What a fab week and chemistry #TheOneShow keep Gethin on.”

Why did Matt leave?

Matt decided to leave The One Show after nine years to spend more time with his family.

“I’m looking forward to having dinner with my family and being able to put my kids to bed,” he said in a statement.

“I’ve loved that the One Show has been such a big part of my life for the last nine years.

“It’s been brilliant to showcase the eclectic mix of Britain, meet incredible people along the way and witness so many lives changed with the annual Rickshaw Challenge for Children in Need.”

Matt added that he’d like to “thank all those I’ve worked with over the years and especially you the viewer for showing me so much support during my time on the green sofa.”

Following his departure, the BBC explained in a statement that it had no plans to hire another presenter.

Instead, show bosses revealed they would recruit a number of famous faces to guest host alongside Alex.

“We are drawing on our existing family of presenters – made up of men and women – to present alongside Alex Jones,” a spokesperson said.

Who else has presented The One Show?

Gethin certainly isn’t the only new face to grace the show recently.

Earlier this month, BBC viewers were guttered as they tuned in and saw presenter Alex was missing – only for to her be replaced by soap actress Kym Marsh.

But it seems those watching at home were gutted to see Alex wasn’t on, with some claiming The One Show was “ruined” and others admitting it felt “strange”.