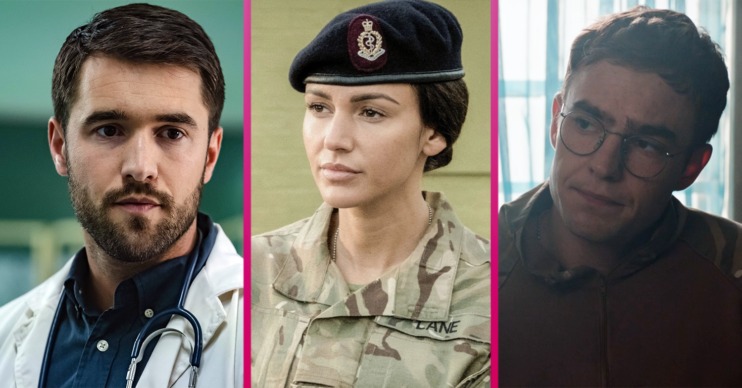 Do Georgie and Doctor Antonio get together in Our Girl? Prof may be a better suited love interest, say fans

Our Girl fans were devastated for Georgie Lane when her fiancé Elvis Harte died.

Fast-forward three years and viewers are desperate for the army medic to find happiness again.

Do Georgie and Doctor Antonio get together?

There has been chemistry between Georgie (Michelle Keegan) and Doctor Antonio ever since she landed back in Afghanistan.

And the connection hasn’t gone unnoticed by fans tuning in at home.

“So are Georgie and Dr Antonio going to get together and live happily ever after? We need a happy ending at some point please, can’t deal with all these deaths Crying face #OurGirl,” one viewer wrote on Twitter.

Another added: “Bet Georgie will get it on with American doctor #OurGirl.”

In tonight’s episode of Our Girl, Antonio will make his feelings clear – but the ball is firmly in Georgie’s court.

Will Georgie and Prof get together in Our Girl?

While there’s no denying the connection between Georgie and Antonio, you’d have to be blind to not see Prof has feelings for Georgie too.

He has been her shoulder to cry on since being back in Afghanistan.

And after she jetted back home to attend Fingers’ funeral, Prof was the one person she tried to call.

With that in mind, could the romantic feelings be mutual?

Fans seem divided over who should be Georgie’s new love interest.

Taking to Twitter one wrote: “I really think Prof and Georgie would make the cutest couple #ourgirl.”

Another then added: “Georgie could literally choose between Prof & Antonio and they’re both literally 10/10 and so was Elvis. Imagine. #OurGirl.”

Next week marks Georgie’s final appearance in Our Girl as Michelle Keegan has quit the series.

So expect a decision to be made.

What happens tonight in Our Girl?

Georgie continues to struggle with restricted to reduced duties while waiting for her psychiatric report.

It’s also made clear that if she is suffering with PTSD, she will be sent home from Afghanistan to give her time to recover.

Her psychiatrist is shocked to learn she never took any time off after the death of her fiancé Elvis Harte,

After a shocking one-to-one, she soon realises something isn’t right and that the man in the cell isn’t actually Omar.

The real terrorist is still out there planning a major attack which could have fatal consequences for 2-Section.