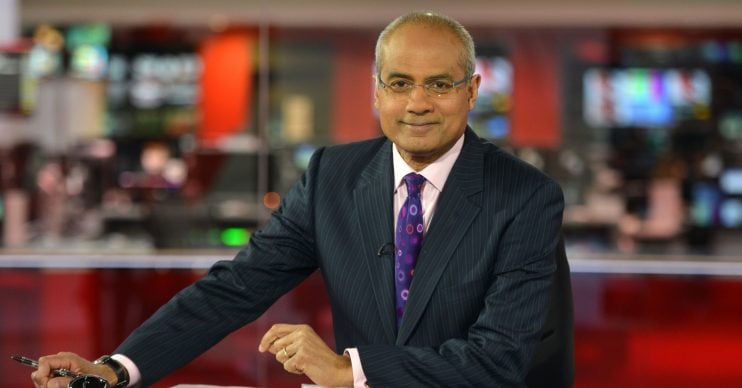 BBC newsreader George Alagiah will undergo more treatment to deal with a recent recurrence of cancer.

The broadcaster, 63, will remain on BBC News At Six as much as he can, but may need to reduce his appearances over the coming weeks.

Alagiah underwent 17 rounds of chemotherapy to treat advanced bowel cancer in 2014, before returning to presenting duties in 2015.

However, in January 2018 he disclosed that the cancer had returned.

Alagiah’s agent Mary Greenham told the Press Association: “George Alagiah will aim to be on air as much as possible, but may need to reduce his workload in the next few weeks as he begins a new regime of treatment to deal with a recent recurrence of his cancer.

“He is always grateful to the public for the tremendous support he has received.”

Alagiah, who has presented BBC News At Six for more than 10 years, returned to the BBC newsroom in January this year for the first time since December 2017.

Earlier this year, the Sri Lanka-born newsreader hosted a Bowel Cancer UK podcast called In Conversation With George Alagiah, in which he spoke candidly about his treatment and living with the disease.

Bowel cancer is the UK’s fourth most common cancer and second biggest killer cancer, with more than 16,000 people dying from the disease every year, the charity said.

But it is treatable and curable, especially if diagnosed early.

Speaking on the podcast, George talked about the difficulties of having to live with a stoma following an ileostomy, which sees the body’s waste steered into an external bag through an opening in the skin.

George, who no longer has the stoma, revealed he used to find it “difficult”, particularly when he had to use a disabled toilet.

He explained: “I would be turning the key in a disabled loo in a motorway service station or something. And if there was a queue and somebody obviously disabled, I used to feel guilty and feel like I needed to apologise and explain.”

The BBC favourite said he often found there was an “embarrassment factor” in social situations, and would take Imodium when going out for an evening to ensure he wouldn’t need the toilet.

George also said he initially didn’t want his wife of 34 years, Frances, to see the stoma.

But on one occasion, when he first came home from hospital, she had to give him a hand because it had leaked.

He explained: “I remember thinking that I didn’t want my wife to see it, and what happened was I got home and for whatever reason it started leaking.

“I went back up to the bathroom to try to clean myself up – we had just sat down for what I hoped would be an intimate evening, we’d poured ourselves some drinks – and there I was, in the loo, this thing kept spurting out and my wife had to help me.”

Although still living with bowel cancer, George returned to work earlier this year after taking time off to focus on his health.

His fellow BBC News colleague Sophie Raworth announced the news that he was coming back live on air and then tweeted the following morning too.

At the time George responded: “There goes my hopes of slipping back into the studio unnoticed! Thanks to all for good wishes. We’ve got the cancer in a holding pattern so it’s back to work with colleagues I respect and the viewers who make it worthwhile.”

Slipping back unnoticed after a year?! Unlikely @BBCAlagiah. We are delighted to have you back tonight…at 6 on @BBCOne Be there.
X https://t.co/iArsxmWQNS

Sophie tweeted him back: “Slipping back unnoticed after a year?! Unlikely @BBCAlagiah. We are delighted to have you back tonight.”