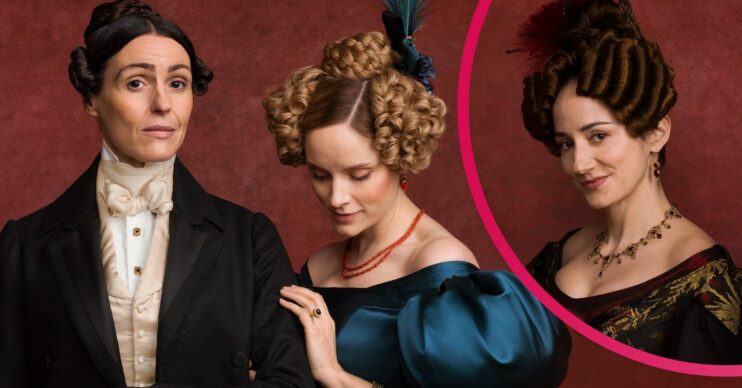 Suranne Jones is back in fighting form!

Gentleman Jack season 2 is coming soon, and BBC One has just released the start date, a new full-length trailer and new images – eek! – so when can you watch it?

Fans of the show have had to wait nearly three years for a second slice of Gentleman Jack pie – thanks largely to the pandemic.

The first series aired in 2019 and TV viewers LOVED it.

The BBC has announced that the series will make its long-awaited comeback on Sunday April 10 at 9pm on BBC One and iPlayer.

We last saw Gentleman Jack on our screens at the end of season 1 in July 2019.

In that episode, Anne Lister made the difficult decision to leave behind her new lifestyle in Denmark following difficult news from Shibden.

To mark the exciting news about Gentleman Jack season 2, the BBC has released two new images.

What is Gentleman Jack season 2 about?

Gentleman Jack season 2 is set in Yorkshire in 1834.

All eyes are on Anne Lister and Ann Walker as they set up home together at Shibden Hall as wife and wife.

The pair are determined to combine their estates and become a power couple.

Anne Lister’s entrepreneurial spirit frightens the locals as much as her unconventional love life.

And, with Halifax on the brink of revolution, her refusal to keep a low profile becomes provocative and dangerous.

Series 2 will again use the real life diaries of real life “first modern lesbian” Anne Lister – part of which were written in code – as its source.

Every part of Lister’s story based in historical fact and the five million words she wrote in her journals.

Read more: Gentleman Jack series 2: The latest on filming and what’s going to happen in the second season

Gentleman Jack season 2 start date: Who is back in the cast?

Gentleman Jack fans will be thrilled to learn that Suranne Jones is returning as Anne Lister.

Sophie Rundle and Lydia Leonard will also be back as Ann Walker and Mariana Lawton.

They are joined by many returning cast including Katherine Kelly as Elizabeth Sutherland, Jodhi May as Lady Vere Cameron, and Derek Riddell as Captain George Sutherland.

Each episode is one hour long, and will be available to watch on BBC iPlayer immediately after airing.

How can I watch Gentleman Jack season 1?

Gentleman Jack series one is available to stream in full on BBC iPlayer.

Season 2 will join it shortly after it’s aired.

Where can I see the trailer for Gentleman Jack season 2?

BBC One has released the first full-length trailer for season 2.

The trailer sees plenty of girl-on-girl action, shocked reactions from the uptight society of the day, and a glimpse at Joanna Scanlan’s new character…

As “debauched” Anne Lister says herself: “What’s not to love?”

Gentleman Jack season 2 will start on BBC One and BBC iPlayer on Sunday April 10 at 9pm.

Are you a fan of Suranne Jones in Gentleman Jack? Leave us a comment on our Facebook page @EntertainmentDailyFix.