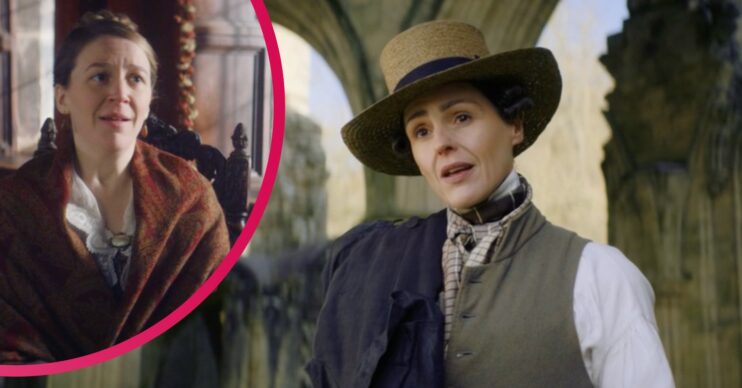 The hit show is back!

However, following the events of last night’s series premiere, many are now fearing for one character’s fate. Could tragedy strike this series?

Three long years ago, the first season of the show ended with Anne ‘marrying’ her beloved Ann Walker.

Ann is currently in York, recuperating from her breakdown, and Anne has to convince the whole of Halifax that Ann  moving in with her is the only thing that will help her mental state.

There could be even more trouble for Anne this season, as some of her old flames get back in touch.

Anne checked her over and Marian made a recovery later in the episode – however, viewers aren’t convinced it’ll last long.

Fans of the show headed to Twitter after hearing Marian coughing, with many fearing that she may not live to see season three.

“Oh no… coughing in a period drama never ends well…” one viewer tweeted.

“That cough is going to be bad news isn’t it,” another said.

Elsewhere, viewers were loving having Suranne Jones back onscreen as Anne Lister.

One thing viewers noticed though, was just how fast Suranne was walking when on-screen!

“Suranne Jones certainly gets the steps in doesn’t she?” one viewer joked.

“The amount Suranne Jones has to walk fast on this show is amazing,” another said.

“I wish I could walk as quickly and with such conviction as Anne Lister,” another wrote.

Others were just loving the jokes and the breaking of the fourth wall from Jones.

“The music…That walk…Her mannerism & those looks to the camera…Sunday nights just got a whole lot better,” one fan said.

Gentleman Jack continues on Sunday, April 17 at 9pm on BBC One and BBC iPlayer.

What did you think of the series premiere? Leave us a comment on our Facebook page @EntertainmentDailyFix and let us know!