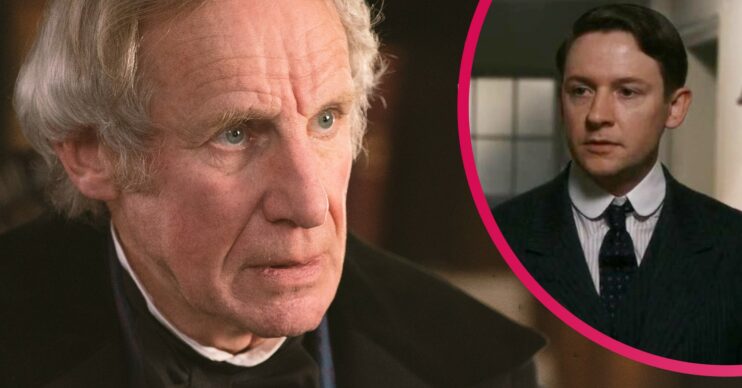 Gentleman Jack on BBC One: Nicholas Farrell and Tom Ashley join the cast

Viewers will recognise the actor from his established acting career of more than four decades!

Both characters arrive in series two of the BBC One series, and pop up in episode 3 (Sunday April 24 2022).

John Waterhouse Sr appears as a new character in series 2 of Gentleman Jack.

The character is from a prominent local family in Halifax.

Like many of the characters in the BBC One series, he is based on a real person – a wealthy landowner of the time.

And he soon clashes with Anne Lister’s rising ambition.

Actor Nicholas Farrell portrays the character, who appears for the first time in episode 3 of the series.

But it won’t be the last we see of him, as he’s a recurring character in the second run.

What has actor Nicholas Farrell been in before?

Nicholas Farrell has been on our screens for more than four decades.

In 1975, he made his first appearance on TV as a character in Play for Today.

Since then, Nicholas has appeared in dozens of TV series, as well as performing in films and theatre.

The 66-year-old actor is perhaps best known for his role as Aubrey Montague in Chariots of Fire in 1981, and Airey Neave in the 2011 film The Iron Lady.

His other film roles include Horatio in Kenneth Branagh’s Hamlet, Dr Humphries in Legend, and Mr Jackson in Charlotte Gray.

Nicholas has appeared in Mansfield Park, The Jewel in the Crown, Lipstick on Your Collar, The Jury, Casualty 1907, and Torchwood.

John Waterhouse Sr isn’t the only thorn in Anne Lister’s side.

He’s joined by his son John Waterhouse Jnr, who also appears in episode 3.

Actor Tom Ashley was confirmed for the recurring role in March 2021.

What has actor Tom Ashley been in before?

His first TV role was in 2014 as Dominic in one episode of New Tricks.

As a jobbing actor, he’s since played a paramedic in Black Mirror, a waiter in Traitors, a social worker in Breeders, and an airport worker in Doctor Who.

Tom has also appeared in the films Robin Hood: The Rebellion, and Bruno.

Downton Abbey fans might recognise him from his role as a Royal Footman in the 2019 film.

Gentleman Jack continues on Sundays at 9pm on BBC One.