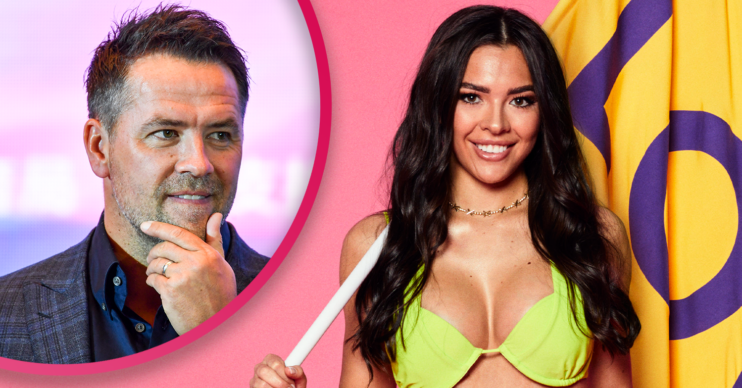 She's one of the contestants entering the villa next week

Love Island star Gemma Owen has revealed her famous father’s reaction to her signing up for the show.

Earlier this week, Gemma was officially announced as part of the 2022 Love Island line-up.

And, while Gemma admits that ex-footballer Michael Owen didn’t have a “tantrum” when he heard she’d signed up, he wasn’t exactly “buzzing about me doing Love Island“.

Speaking ahead of the show’s launch next week (Monday June 6), Gemma told members of the press how her dad really feels about her taking part in the show.

Read more: Love Island fans all make the same complaint as this year’s line-up is announced

With the Islanders set to “crack on” with each other on screen and plans for the raciest series yet, the parents of those taking part will surely be feeling a little nervous.

It’s fair to say Gemma’s parents Michael and Louise most definitely are!

Although Michael has given Gemma his blessing to take part, she revealed that her parents “aren’t 100% happy” with her signing up.

Indeed, Louise has instructed her daughter to “keep it classy”.

Dad-of-four Michael, meanwhile, “trusts” his eldest daughter “not to do anything to embarrass him”.

Gemma said: “I still wouldn’t say that my dad is buzzing about me doing Love Island. He’s very supportive in whatever I decide to do – he didn’t have a massive tantrum or anything like that.

I trust you, you have never given us a reason not to trust you.

“He was pretty chilled, he trusts me not to do anything to embarrass him. He took it quite well and he didn’t say I couldn’t do this or give me any dos or don’ts.”

She then added that he hasn’t laid down the law ahead of the 19 year old entering the villa.

“He said I’m not going to tell you what to do, I trust you, you have never given us a reason not to trust you,” she said.

In a move that might surprise some, Michael also told Gemma to “go for it”.

So will Michael be watching his daughter on the show?

Gemma admitted he’s “never” watched the show before and he isn’t a Love Island fan.

However, she thinks he’ll “definitely” be watching.

And, if she stays right till the end, fans might just see the soccer ace enter the villa.

Gemma quipped that it would be “nice” and she “hopes” to get that far.

The Love Island hopeful is the eldest of Michael and Louise’s four children.

Love Island starts at 9pm on Monday June 6 at 9pm on ITV2.