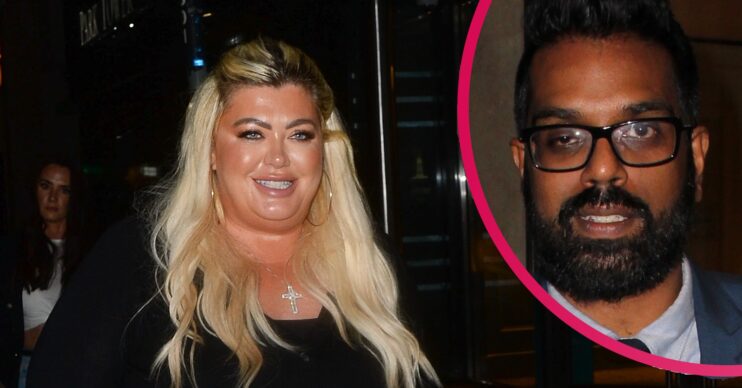 How the other half live!

Gemma Collins appears on new The Weakest Link this week – and it’s fair to say her quizzing prowess won’t see her threatening the Chasers any time soon.

Romesh Ranganathan hosts the rebooted version of the show, once presented by Anne Robinson.

Gemma will be seen on screen alongside Kym Marsh, Hugh Fearnley-Whittingstall, Christopher Biggins and Bonnie Langford.

And she’ll also be seen flunking a pretty simple question.

What is the question that Gemma Collins gets wrong?

It seems Gemma has gotten so used to living the high life she doesn’t seem to be in touch with the real world.

Romesh asks the 40-year-old star how many beds are in a twin room.

Read more: Gemma Collins thanks boyfriend Rami’s ex for enabling her to be a good stepmother

In scenes which will air on Thursday (December 23), the other celebrities vote her the Weakest Link and boot her off the show.

Furthermore comedian Romesh, 43, asks her: “Was there any part of you that thought ‘twin’ had anything to do with it? If anything that question was too cheap for you wasn’t it?”

Afterwards Gemma admits: “I only stay in suites or penthouses so when I got asked that question…twin beds, doubles…I really didn’t know the answer. Basically yeah. Sorry guys.”

Romesh was left to deliver the catchphrase made famous by former host Ann Robinson: “You are the weakest link. Goodbye.”

As she left the stage Romesh told her “enjoy the suite”, at which Gemma replied “thanks honey, I will!”.

So is there a subject Gemma Collins is good at?

Gemma dressed up as Christmas angel, complete with a halo, for the Christmas special.

The Essex star was playing to raise funds for the county’s Haven House children’s charity.

Before it was shot Gemma described her general knowledge ‘like a historian”, saying she was really good at history and geography at school.

Read more: Gemma Collins looks ‘amazing’ as she returns to the ice in skin-tight jeans

But afterwards she blamed the pressure for getting the question wrong.

An icy Anne Robinson hosted the original series between 2000 and 2011.

The GC said she was “all gamed out” and doesn’t play games “so it’s not something I ever dreamed or envisaged doing”.

However, it was the fact Romesh, who she branded “hilarious” was taking over that prompted her to sign up.

Gemma added: “I can’t tell you or underestimate how challenging it is when you are up there! It’s Christmas and at the end of the day I’m here for fun! I saw and I conquered and I’m leaving it to the rest of them now.”

She also added that her “life was complete” after appearing on the show.

Watch Gemma on The Weakest Link on BBC One on Thursday (December 23) at 6.30pm.

What do you think of Gemma’s embarrassing fail? Let us know over on our Facebook page @EntertainmentDailyFix