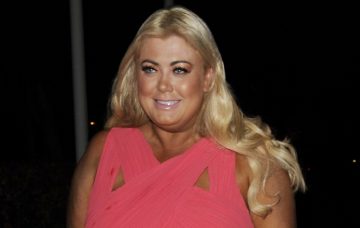 Gemma Collins gets a bizarre makeover ahead of new TOWIE series

The cast have gone back in time...

She’s become the queen of TOWIE and now Gemma Collins has been given a regal make-over to promote the new series.

The 37-year-old has been dressed up as an Elizabethan monarch in new promo shots, complete with a pearl crown and ruby embellished bodice.

The outfit is quite a departure from Gemma’s usual style but is all in aid of a fun trailer with a Shakespearean theme to advertise the latest series of the reality show.

Gemma, who recently revealed she’s lost a stone in weight, wasn’t the only member of the cast given a Tudor makeover.

Her on-off Romeo James ‘Arg’ Argent looks like he ready to take to the stage at The Globe in his garb, while Bobby Norris poses with a skull to replicate the famous scene from Hamlet.

Lauren Pope and Georgia Kousoulou also managed to look as glamorous as Gemma in their Tudor gowns with corsets that flaunt their curvaceous figures.

Read more: This Morning viewers shocked over reason Eamonn and Ruth have to interview guest standing up

TOWIE fans can see the trailer on ITV on Saturday 10th March, while the new series of TOWIE will return to ITVBe later in the month.

Long-running show favourite Gemma is expected to take centre stage in the 22nd series, as a number of other members of the cast are reported not to be returning.

According to the MailOnline, these include couple Amber Dowding and Chris Clark, plus Mike Hassini, Jack Rigden, Jordan Brook, Maddie Hooper and Ruby Lacey.

A TOWIE spokesperson told the website: “There are a number of cast who have mutually agreed their time on the show has come to a natural end for now.

“We wish them well and look forward to another exciting year ahead for TOWIE.”

Will you be watching the new series of TOWIE? Leave us a comment on our Facebook page @EntertainmentDailyFix and let us know!

Gemma Collins James Argent The Only Way is Essex Towie