Gemma Collins has become the latest celebrity to be voted off Dancing On Ice.

The GC was bottom of the leaderboard with a score of 15.5 points and ended up in the bottom two alongside cricketer Ryan Sidebottom. 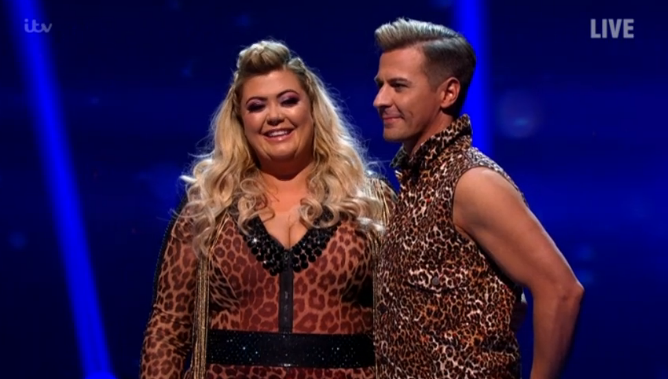 Gemma took being in the bottom two well (Credit: ITV)

After a lacklustre routine to Destiny's Child's I'm a Survivor earlier in the evening, she performed her save me skate to Whitney Houston's Queen of the Night and admitted to Phil afterwards they hadn't even practised that skate for weeks.

The judges - and viewers at home - agreed her time on the competition was over. Although there were some who felt she'd won them over with her grace in defeat. 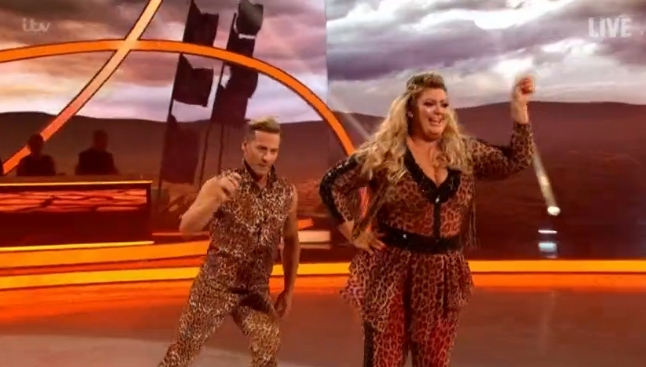 Her performance didn't win over the judges (Credit: ITV)

It was a unanimous verdict. Jason, who's clashed with Gemma throughout the series, declared:

"It gives me great pleasure to say I will be saving Ryan and Brandy."

I just want to bow out gracefully now.

After the result was announced, Gemma said: "I've had fun and I'm a bit intuitional and I did say tonight's my night, I just want to bow out gracefully now."

She also said she wouldn't carry on skating, but she has enjoyed working on her fitness.

Matt declared he was going on holiday and Gemma told him she was going to buy him a Gucci bag. 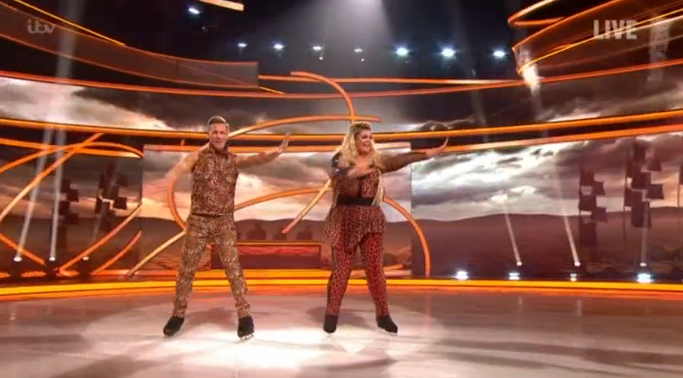 Fans, who felt it was time for her to go, were thrilled with the result.

Finally Gemma has gone. Back to the real competition next week! This has finally become watchable. #DancingOnIce

Bye Gemma!, now I can enjoy the rest of the doi competition #dancingonice

Others praised her for being gracious in defeat, and some even said they'd warmed to her this week.

@dancingonice Just as I’m starting to warm to @missgemcollins and her funny comments, she gets booted off! It was the right person to go but probably the most enjoyable night watching her #DancingOnIce

At least Gemma is being gracious and no sign of any crocodile tears. #DancingOnIce

Well done for going on #DancingOnIce @missgemcollins and enjoying the experience 👏👏👏

so so proud of Gemma.. you’ve been AMAZING and done yourself proud girl 💗💗 @missgemcollins #DancingOnIce

You went out on a high Gemma, enjoy what's to come I think this journey has opened alot of opportunity for you hun 😘 @missgemcollins #DancingOnIce

Are you pleased Gemma has left? Leave us a comment on our Facebook page @EntertainmentDailyFix and let us know what you think!