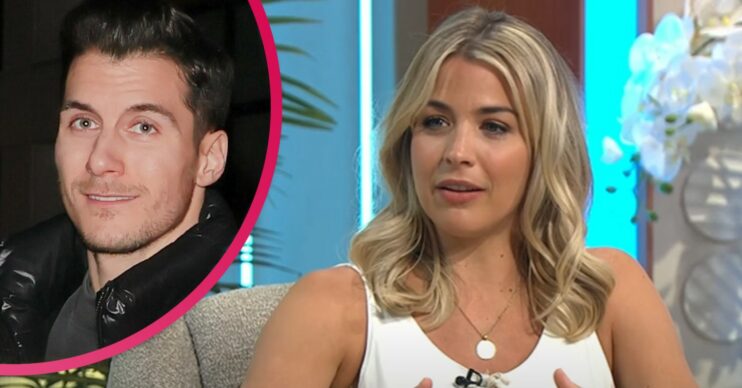 Gemma and Gorka welcomed their daughter Mia in 2019

Gemma Atkinson has revealed Gorka Marquez became “upset” when he returned to work following the birth of their daughter, Mia.

The former Emmerdale actress appeared on Lorraine today (April 11) and said Gorka’s Strictly co-star Giovanni Pernice even text her about him.

Gemma explained that Giovanni had text her to say Gorka “wasn’t himself” when he went on the Strictly tour shortly after they welcomed Mia.

Speaking on Lorraine on Monday, Gemma said: “He had to go on tour when she was three days old.

“And again, he got grief for it, ‘who chooses work over their child?’

“But he had a contract and it wasn’t just his show, it was production that he’d be letting down.”

She continued: “During the tour, Giovanni text me and said ‘Gorka’s not been himself, just letting you know’.

“I Facetimed him and they were out one night all the lads, and he was in the hotel on his own.

“He just got really upset, he said, ‘I don’t want to be here, I want to be home with you and our baby.'”

Gemma added: “Then it just dawned on me that it’s just as tough from the partner that goes back to work than the partner who’s at home.

“You kind of resent each other’s situations a little bit.”

When did Gemma and Gorka welcome their daughter?

Gemma and Gorka welcomed their daughter Mia in 2019.

Gemma also opened up about how she felt when Gorka went back to work on the tour.

She admitted: “He has to keep his social going for the show, get tickets sold, so I was looking at all the stuff about him and Giovanni, Aljaž [Škorjanec] all together.

“I was sat at home with my stitches, the nurses coming round to change my dressing, Mia crying.

“And I was just like oh my gosh this is my life now and nothing’s changed for him.”

She added: “I remember speaking to my mum about it and she was saying typically the guys go back to work.

Read more: Stephen Mulhern on the real reason he didn’t go on a ‘date in four years’

“Things change, people are in different situations and some are parenting alone.

“It’s just your situation to deal with.”

Can you relate to Gemma’s comments? Head to our Facebook page @EntertainmentDailyFix and let us know.