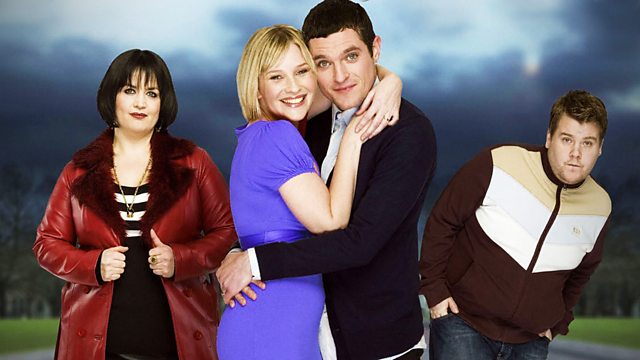 Something to keep us entertained

BBC has confirmed old episodes of Gavin and Stacey will be airing on Saturday nights during coronavirus isolation.

With millions of Brits urged to stay in their homes amid the pandemic, many are trying to find ways to keep themselves entertained.

It’s been revealed that episodes of the classic comedy will air on weekends from Saturday, April 4.

The BBC announced: “On Saturday nights, BBC One will provide the laughs and host a comedy takeover with some of the very best British comedy series.

Kicking off with Gavin and Stacey and Outnumbered.

“Kicking off with Gavin and Stacey and Outnumbered from Saturday, April 4, and more classic titles will be announced soon.

“While on BBC Two new comedy series starting soon include There She Goes, The Other One, First Team and Alma’s Not Normal.

“And we will show the multi-award winning Peter Kay’s Car Share on Friday nights across the summer.”

BBC director-general Tony Hall said: “The BBC is determined to do all it can to raise a smile and keep the country entertained during these testing times.

“We have lots of great shows already recorded.

“But we have also found ways to keep many other shows going so that the familiar faces people love will still be in their living rooms in the weeks and months ahead.

“I think that is incredibly important.

“We can all still have a Eurovision moment, even if it is different from the past.

“Our pledge is offer the best escapism, fun and distraction we can, alongside the news and information everyone needs

A series of shows have been cancelled amid the coronavirus crisis, including daytime programmes Lorraine and Loose Women.

BBC confirmed that episodes are being cut down to two a week until further notice.

ITV soaps are also being cut down – with Coronation Street airing three episodes a week while Emmerdale is airing half an hour episodes at 7pm Monday to Friday.

It comes after the Prime Minister Boris Johnson enforced a three-week lockdown in the UK.

Brits can only leave their homes for one of four reasons – shopping, one hour of exercise a day, any medical need or to provide care to elderly and to travel to and from work where absolutely necessary.

How are you coping with isolation? Leave us a comment on our Facebook page @EntertainmentDailyFix and let us know.