One of the highlights from this year's Christmas TV schedules is the all-new Gavin And Stacey festive special.

The smash-hit Barry and Essex-based comedy series is coming back to our screen for the first time in nine years.

And, with only a month to go until the big day, fans are already in meltdown after the first clip from the special hit the internet.

Read more: Gavin and Stacey 'will have TWO new characters for Christmas Special'

The clip, which has appeared at the end of the final episode of series three, which has been re-shown on the BBC's iPlayer, shows Uncle Bryn (Rob Brydon) in a flap while preparing Christmas dinner.

After burning himself on a pot, he drops a dish of food on the kitchen floor. 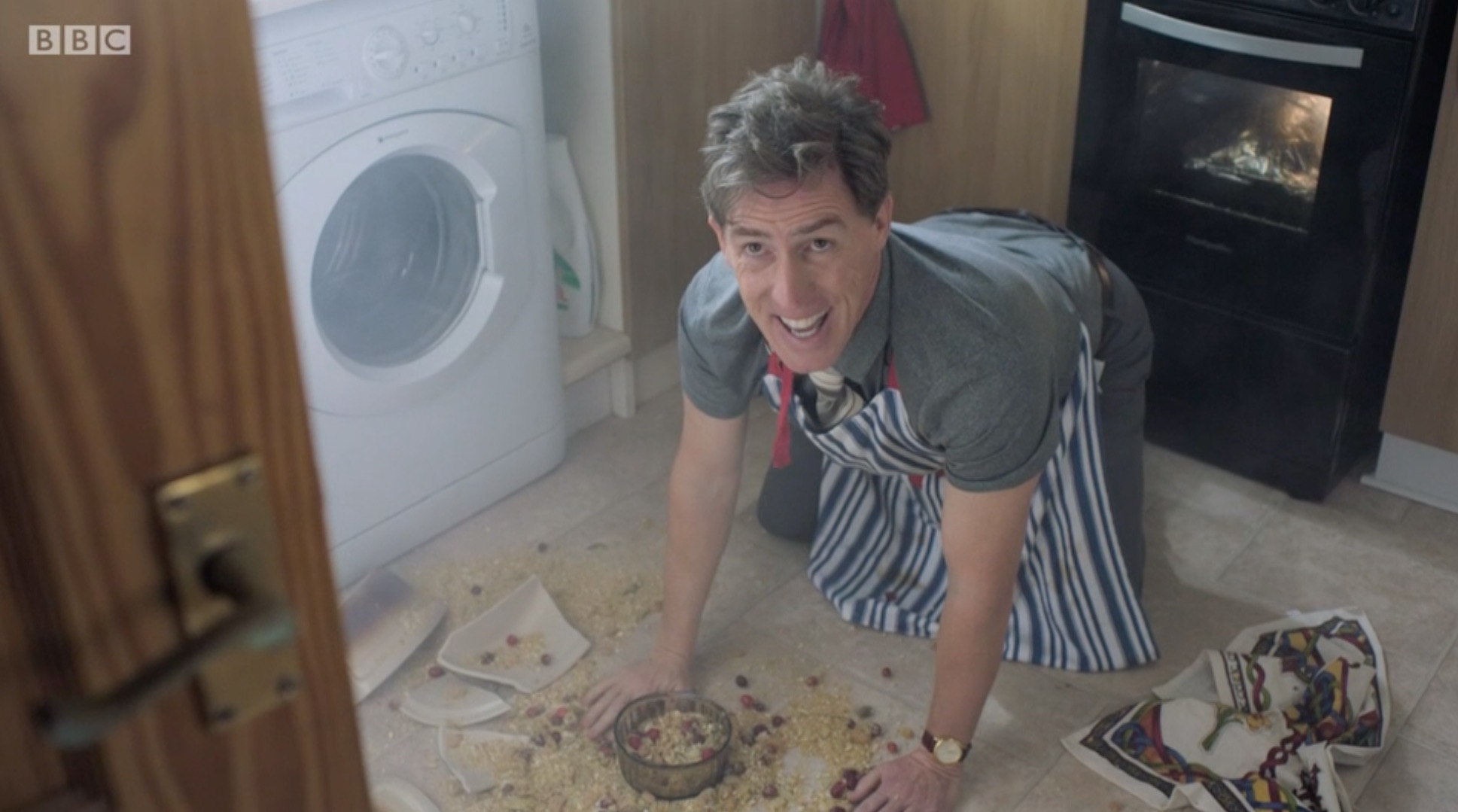 Bryn comes a cropper in the sneak peek (Credit: BBC)

With Stacey (Joanna Page) and Ness (Ruth Jones) rushing in to see what the noise is, Bryn asks: "Stacey, will you kindly inform everyone that dinner will be ever so slightly delayed..." 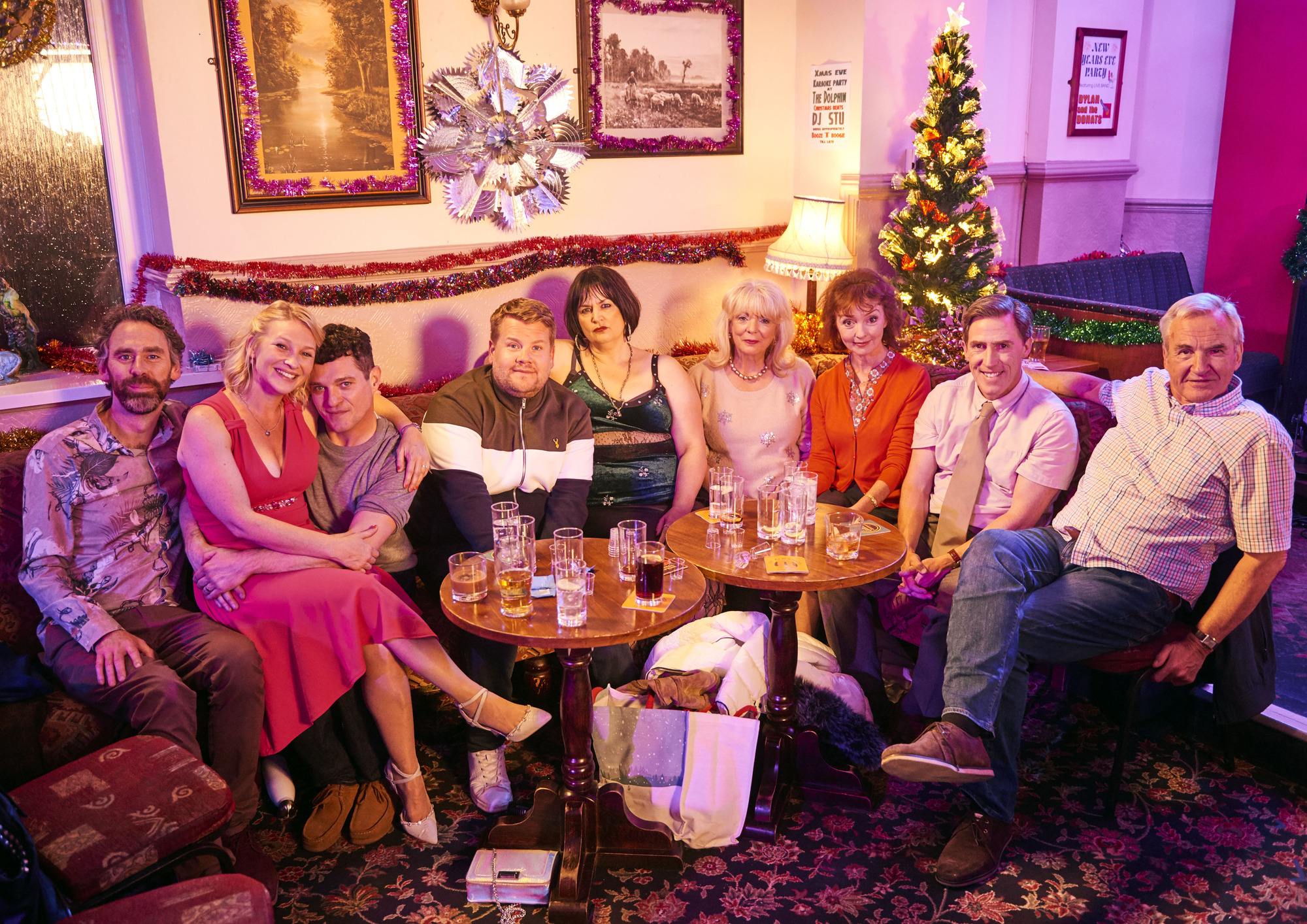 The first official photo has been released (Credit: BBC)

The sneak peek clip follows the BBC sharing the first official picture from the series.

The snap shows Gavin and Stacey (played by Mathew Horne, 41, and Joanna, 42) sitting next to members of their two families.

OH MY CHRIST!!!! It's a new house, Bryn has new hair, its all so much and I can't wait and OH BRYN don't raise your voice alri? @RobBrydon #GAVINANDSTACEY https://t.co/70SSbIZ9Bb

Gavin and Stacey trailer is out!! #surprise #surprise #SURPRIIIIIISE pic.twitter.com/zJb8aDLJ3m

It wasn't long before fans took to Twitter to express their delight in seeing the sneak peek.

One said: "I'm way too excited for the Gavin and Stacey Christmas special."

I'm way too excited for the Gavin and Stacey Christmas special.

"Having a bit of a cry at Bryn in the Gavin and Stacey trailer," another wrote.