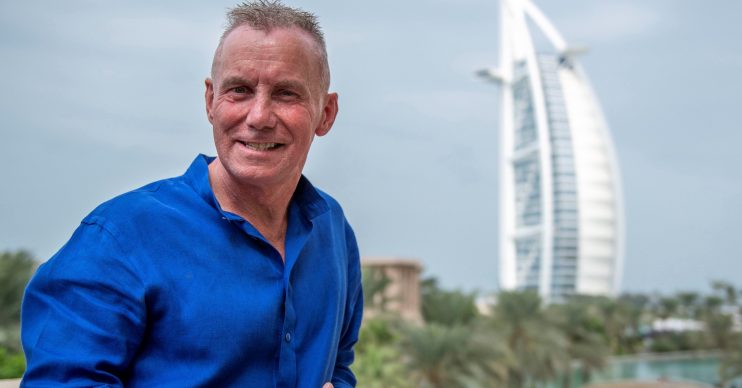 He passed away in November last year

The TV chef passed away in November last year after collapsing during a trip to Dubai when he suffered a bleed on the brain.

In a new documentary on his life called Gary Rhodes: The First Rock Star Chef, scenes that were recorded hours before he died will be shown.

In the footage, Gary looks into the sunset while sitting on a sand dune.

According to the Mirror, fellow chef Ainsley Harriott says in the film’s voiceover: “As the sun set on what would have been his final day of filming, Gary felt on top of the world.

Wow, I feel privileged to have had the experience and to actually be here.

“Later that evening at home with [wife] Jennie, Gary collapsed and was rushed to hospital suffering from a subdural haematoma.

“Two days later, and with his family at his bedside, he died.”

In earlier filming, Gary apparently tells viewers: “I have lived in Dubai for almost a decade but there is one thing I haven’t done – a desert safari.”

After riding on the dunes, Gary adds: “Wow, I feel privileged to have had the experience and to actually be here.”

When filming finished for the day, Gary returned back to the Grosvenor House hotel, where his restaurant is situated.

He had dinner with his wife Jennie before having a shower and preparing for bed.

It was then that he collapsed after suffering a bleed on the brain and despite being rushed to the nearby Al Zahra Hospital, he couldn’t be saved.

Read more: Close pal of Gary Rhodes claims he slipped in the shower and hit his head

He said: “Gary had a terrific day filming his new TV series in one of the most scenic parts of Dubai and was happy and excited as he sat down for a ham sandwich with Jennie.

“He had showered before dinner – and did not fall while doing so – and enjoyed a relaxed meal with his wife. He was then preparing for bed when he suddenly collapsed. Everyone who knew and loved him is heartbroken. It’s so sad.”

A subdural haematoma is a serious condition where blood collects between the skull and the surface of the brain.

Gary Rhodes: The First Rock Star Chef airs tomorrow at 11.40am on ITV.