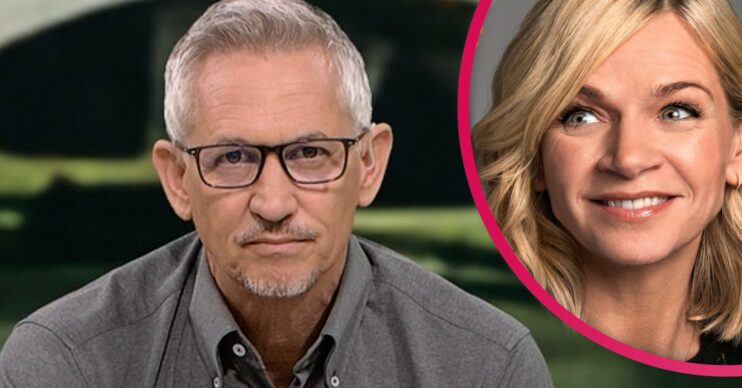 Zoe Ball is also high on the highest-earners list

Gary Lineker and Zoe Ball have been named as the BBC’s highest salary earners despite taking pay cuts.

New figures show that Gary – despite taking a pay cut in 2020 – still earns over £1.3million per year.

And Zoe has also taken a 28 per cent pay cut, after suggesting a slash in her wages.

But fans of Gary have taken to social media, divided about the star’s high wages.

What did the report say about Gary Lineker and his salary?

Gary, 60, agreed to take a pay cut last year after signing a new five-year contract with the corporation.

Last year, the BBC says that Gary earned £1.36million for fronting Match Of The Day and other shows like BBC Sports Personality of the Year.

The figure is down from £1.75million the previous year.

In second place on the BBC pay list is Radio 2 and former It Takes Two host Zoe Ball.

Overall, the talent wage bill at the BBC has been slashed by 10 per cent during the past year.

Director Tim Davie said: “Clearly, as a management team, we want to get more value and we’re willing to make tough decisions to that extent.”

Vanessa Feltz and Alan Shearer (both £390,000) are also on the list, but Graham Norton has dropped off.

How did fans react to the salary revelation?

Social media users were divided over Gary’s high salary, despite his pay cut.

On the negative side, one wrote: “All he does is introduce the game ask questions to other footballers in between.

“Not rocket science or dangerous journalism. Must be easy money if you have knowledge of football.

“Not a newsreader that requires far more skill and stress in a live broadcast.

Another said: “The BBC doesn’t need to chase ratings (to keep advertisers happy) so why do they need to pay such huge salaries? Lose the expensive presenters to the commercial sector and give new talent a chance.”

However, some praised Gary for the job he does.

One Twitter user said: “I think Lineker is superb at his job. He gets paid more than doctors and nurses but so do many jobs.”