Gary Lineker sat down with the BBC Breakfast presenters today to reflect on his 25-year career at the BBC, but the conversation soon turned to salaries with the pundit being the broadcaster's top earner.

In official documents released earlier this year, it showed the former footballer took home £1,754,999 for his work across Match of the Day, the World Cup and Sports Personality of The Year.

Addressing Gary's fee as one of the BBC's highest-paid stars, Charlie Stayt said: "Now, trying to segue into this next bit of the chat. 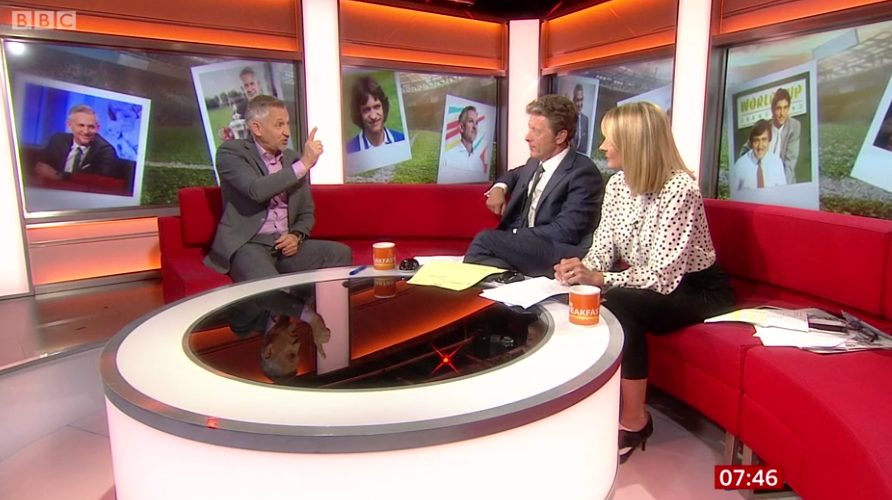 "Everyone says, 'Gary Lineker and his pay, why is he paid so much,' and all of that stuff that comes with it. How do you respond to all of that?"

Gary replied: "It’s very difficult isn’t it. It’s like when I was a footballer, how can you justify the salary you get? In the football world whether it’s on the pitch or entertainment, it’s usually competitive and there are a lot of people that want you. 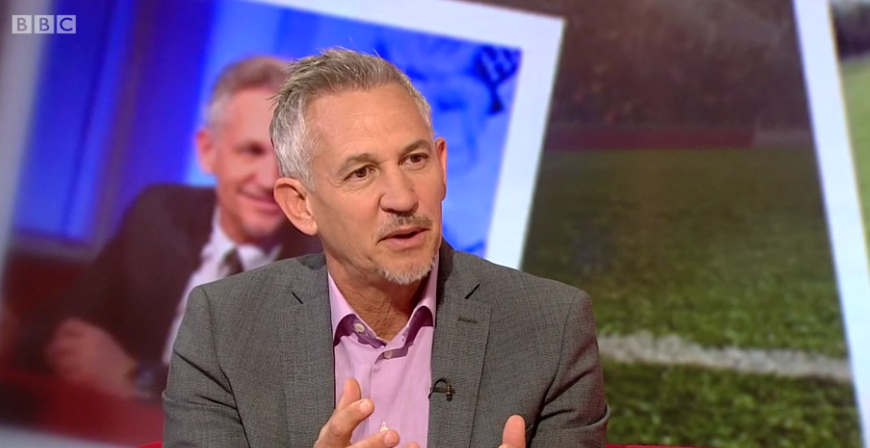 Gary said no one likes to talk about their salary (Credit: BBC)

"So it gets you in a position where you get a really good salary. I’m not going to sit here and pretend I should earn more than a nurse or someone who does a real job. Obviously I’m incredibly fortunate, and that’s the position."

He added: "None of us like talking about our salaries."

I’m not going to sit here and pretend I should earn more than a nurse or someone who does a real job. Obviously I’m incredibly fortunate, and that’s the position.

Louise then mentioned recent headlines that suggested he might take a pay cut.

Gary replied saying he was "negotiating at the moment but once we’re in a position that we agree a contract, I’ll be in the position to make a formal…" before he trailed off. 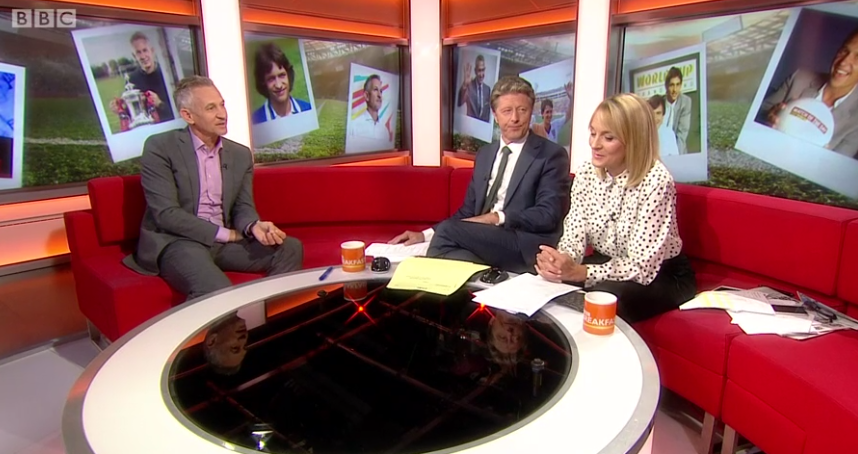 The pundit confirmed he was in salary negotiations (Credit: BBC)

Charlie then added: "Something has clearly changed in the way people are looking at things."

"With the BBC yes, elsewhere it doesn’t matter. There are pundits out there that earn twice as much as I do," Gary said.

Leave us a comment on our Facebook page @EntertainmentDailyFix and let us know what you think of this story.</em