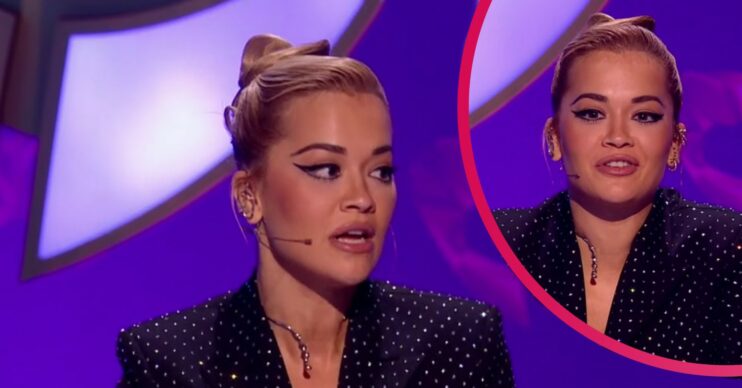 Viewers of The Masked Singer have slammed Rita Ora as the show returns for its third season in the UK.

Fans of the show have been unimpressed with some of Rita’s guesses this year, with many calling her theories “stupid”.

Rita, 31, has become known for her more outlandish guesses on The Masked Singer over the last few series. It didn’t take long for the singer to pick up where she left off this year, as she experienced a seriously awkward moment on Saturday’s show (January 1).

The singer guessed that Ellen Degeneres was hidden underneath the Lionfish costume.

“I think you could be a woman,” Rita told Lionfish. “Those lips are a bit frowny, a bit like one of my favourite movies, Finding Nemo and Dory. And who plays Dory? Ellen DeGeneres.”

Rita’s guess was met with silence from the audience in the studio, causing the star to laugh.

Some of Rita’s guesses in last night’s show (Sunday, January 2), were equally as outrageous. The star thought Rockhopper was Zendaya, Snow Leopard was Dame Judi Dench, and Panda was Camilla Cabello.

Unfortunately, if Rita was hoping that viewers were going to be impressed with her guesses this series, she was sadly mistaken.

Fans of the show were anything but impressed by Rita’s guesses. In fact, many branded them “stupid” and “shocking”. Some have even asked for the singer to be axed from the show!

“I can’t deal with Rita’s stupidity. Make it stop,” one viewer begged.

“Waiting for Rita Ora to come out with another stupid guess that bagpipes is Lorraine Kelly,” another joked.

“Does Rita Ora know what she is on about? Her guess are shocking,” a third said.

“Can we all agree that Rita Ora needs to be removed from the panel of The Masked Singer,” another tweeted.

Another added: “They just need to scrap Rita!”

Another asked: “Can we replace Rita Ora please?”

Rita’s bad guesses on The Masked Singer seem to have become a running theme on the show since it first aired in 2020.

During series one Rita dropped a couple of clangers when guessing who was behind the masks. She was convinced that both Kylie Minogue and Sir Rod Stewart were taking part in the show that year.

If Rita was struggling before, Davina McCall has recently revealed that the star is finding this series even tougher!

“Rita is slightly struggling because it has all gone to next level harder,” she said.

“Rita’s like, ‘I can’t tune into the voices in the same way.”

However, Rita seems to know her guesses are pretty terrible, as proven by a jokey tweet she posted last night.

The Masked Singer returns Saturday, January 8 at 7 pm on ITV and ITV Hub.

What do you think of Rita’s guesses? Leave us a comment on our Facebook page @EntertainmentDailyFix and let us know!