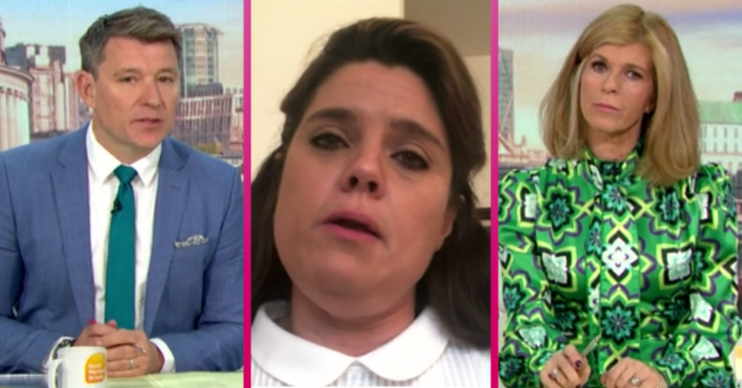 The nine year old is still there awaiting her second dose

GMB viewers were left raging today (January 7) as one woman revealed she had driven her daughter 800 miles to get a COVID vaccination.

Alice Colombo revealed that she had taken her daughter, who is nine, from Kent in England to Milan in Italy to have the jab.

And the news didn’t go down too well with viewers at home.

What did the woman say about her child’s COVID vaccination?

GMB host Ben Shepard explained that some countries have started vaccinating kids as young as five.

And, worried about the rising levels in the UK, where the vaccines are not given to younger children unless under special circumstances, Alice revealed she’d traveled to Italy to get her daughter a jab.

The trip took 13 hours, with the pair driving 800 miles and stopping only for toilet breaks.

Alice revealed: “I have dual citizenship as does my daughter and as an Italian citizen she was eligible to have the vaccine over here.

“I’m much happier running the minimal risks of the vaccine rather than roll the dice with the virus itself.

“There is still so much we don’t know about the virus and looking at the last set of statistics we have one in 15 primary school children positive in that last week of term before Christmas.

“Quite frankly, I didn’t want to risk her getting the virus and potentially suffering from long-term effects that we don’t know about rather than the minimal risks of her having the jab.”

Ben also revealed that the family were staying in Italy for the little girl to have her second dose.

How did GMB viewers react to the news?

Alice admitted that some people would think she was “completely loopy”, and it’s fair to say that many viewers did indeed hold that view.

“Mother who drove her child from Kent to Italy for a COVID jab clearly doesn’t care about polluting the air with CO2 and contributing to global warming,” said one viewer.

“Next on #GMB selfish woman who risked catching or spreading a variant of COVID across most of Europe for the sake of a vaccination for a nine year old who didn’t need it,” said another.

“Bonkers woman drove 800 miles to Italy to get a jab for her kid. I imagine the biggest threat to her life was the fact that she could have been killed in a car accident not the fact that a virus that you have a 99.9% chance of surviving was going to get her,” said a third.

“What an absolute idiot the 800 mile drive woman is #gmb GET A GRIP!!” another declared.

“800-mile drive to get a jab? I wonder how much that cost,” pondered another.

‘Her family her choice’

However, not everyone was against the woman’s trip.

One viewer said: “Her family her choice.”

Another added: “A mother chooses to give her child a vaccine which we KNOW has minimal side effects. Weighs this against unknown COVID-19. Comments on here are beyond!”

“A lot of people would think it’s irrational for someone to go to Italy to get their daughter a vaccine, but ultimately it’s her family,” said another.

So what’s your take? Tell us on our Facebook page @EntertainmentDailyFix.