Fans of much-loved 1990s US sitcom Friends could barely believe their eyes at the transformation a cast member has undergone since the show’s heyday.

While Friends’ core cast of Jennifer Aniston, Courtney Cox, David Schwimmer, Matt LeBlanc, Lisa Kudrow and Matthew Perry have all enjoyed further fame, another show regular has also forged a career in showbiz that may not have been as obvious to many viewers.

To mark the comedy’s 25th anniversary, actor Cole Sprouse posed for a snap on a sofa that looks like the one from Central Perk coffee shop.

Indeed, Hugsy may have been the more recognisable of the two for many observers of the image shared by the Friends account on Instagram.

But for those who aren’t sure who Cole played, here’s a clue - the fuss caused by Ross over the Holiday Armadillo was for his character’s benefit.

Although not the first child actor to play Ben, he was the most memorable as he played the character at his oldest for two years from 2000. 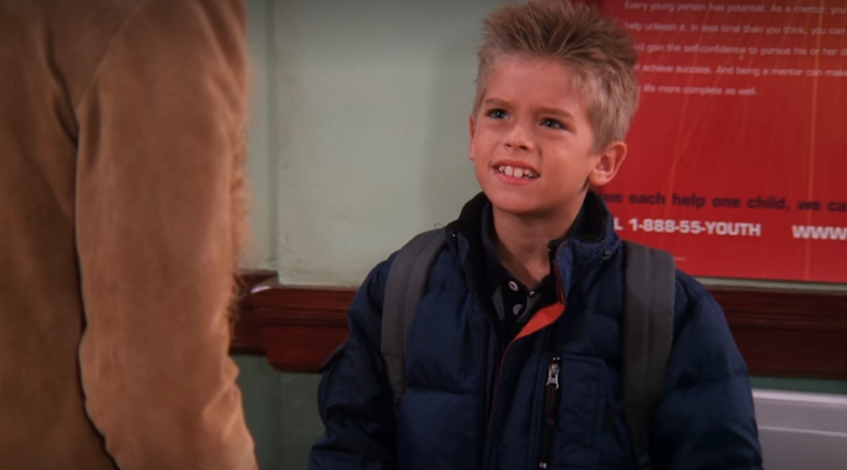 Born in Italy, Cole has subsequently kept himself occupied over the decades as a fashion photographer and actor.

He is perhaps best known for playing Jughead in teen series Riverdale.

Followers of the Friends Insta account were stunned to see 'Ben' as an adult.

"Wait what?! Is that him for real?!?" spluttered one person in the comments section.

"Grown up Ben!" exclaimed another.

Another fan sighed: "My heart!"

While another enthused: "I love this so much!"

However, inevitably, one shocked person remarked: "We're so old…"

- Friends is available to watch on Netflix