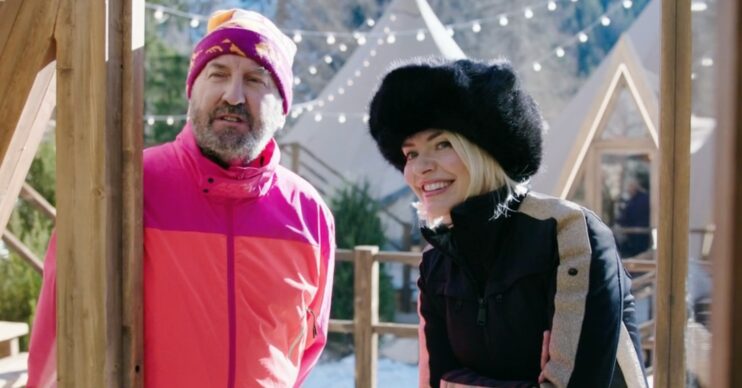 Freeze the Fear viewers all have same complaint after episode 2

Freeze the Fear viewers all had the same complaint to make after episode 2 of the BBC show last night (Tuesday, April 19).

Fans of the show were seriously unimpressed with the challenges last night, with many expecting much more than the celebrities just taking cold showers!

Freeze the Fear on BBC

Last week, the celebrities had to jump into a freezing cold lake.

Last night, things weren’t as extreme for the celebrities.

Read more: Where is Freeze the Fear filmed? The stunning location of the BBC survival show

Yesterday’s episode saw the celebrities pushed to their limits… by taking a really cold shower for 15 seconds.

Things did get a lot more interesting later on in the show, however, when Wim Hof guided the celebrities through some breathing techniques.

Whilst spending 15 minutes in freezing cold showers may have been challenging for the celebrities, viewers weren’t impressed.

Many headed to Twitter to moan about the cold shower challenge.

“Had high hopes for #FreezeTheFear and I’m sat watching a bunch of people have a 15 second cold shower?” one viewer tweeted.

“A cold shower. Really. It’s hardly SAS is it?” another wrote.

“Who’d have thought 20 minutes of people taking cold showers could be so… utterly boring,” another wrote.

“I can’t believe the BBC has a show about celebrities taking a cold shower and then being congratulated on the achievement,” a fifth moaned.

Viewers were pretty divided over the show following last night’s episode. Some were seriously unimpressed with the second episode.

“So tonight we watched a bunch of Z list celebs having a shower followed by them lying on the floor crying. Can’t wait for next week,” one viewer wrote.

“#FreezeTheFear was POWERFUL tonight. And they were just BREATHING,” one viewer said.

“I am loving #FreezeTheFear it’s now got me wanting to get the cold showers and those breathing techniques Wim got the celebs to do,” another wrote.

Freeze the Fear continues on Tuesday, April 26 at 9pm on BBC One and BBC iPlayer.

What did you think of last night’s episode?  Leave us a comment on our Facebook page @EntertainmentDailyFix and let us know.