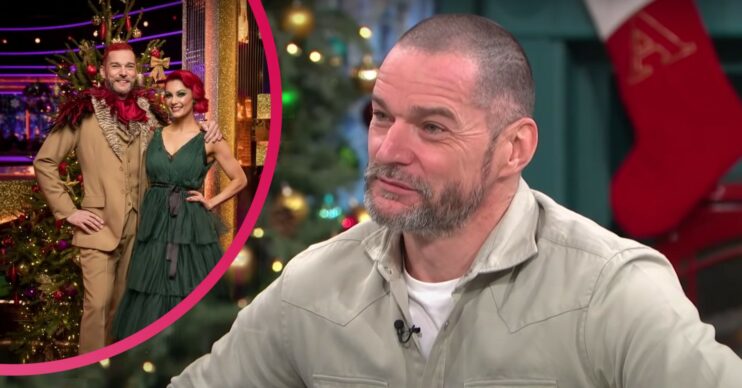 Pain and soreness- anything goes in show business!

Known for being a smooth-talking and composed, First Dates host Fred Sirieix said he struggled during training for the Strictly Come Dancing Christmas Special and was “bleeding and vomiting”.

Speaking to Dermot O’Leary and Alison Hammond on This Morning, Fred detailed his training for the show and how his body was coping.

He powered through training even wearing a turkey costume despite feeling ill and extremely tired.

What did Fred Sirieix say about the Strictly Come Dancing training?

Speaking on This Morning, he said: “I got a call about four weeks ago asking if I wanted to take part in the Christmas special and I got scared because I can’t dance.”

He added: “Another thing is about confidence. I’m a confident guy though, that’s why I did it.”

Fred went through three weeks of intense training with parter Dianne Buswell and explained how difficult it was for him.

He said: “Firstly we trained for more than four hours, my feet were bleeding, I went home and I was vomiting everywhere!”

Alison and  Dermot were unsurprisingly shocked to hear this, gasping in disbelief before Fred said: “My body couldn’t take it, I lost 3 kilos in total, but now I’m back to my fighting weight!”

Alison suggested whether the costume was the problem.

She asked: “Was it the fact you were a turkey though and you were sweating inside?”

When is the Strictly Christmas Special?

Fred is set to dance alongside a string of other celebrities on Christmas Day, including Anne-Marie, who is partnered with Graziano Di Prima, presenter Jay Blades who is with Luba Mushtuk and ex Bake Off presenter, Mel Giedroyc with Neil Jones.

Fred seems to be taking the role very seriously in all aspects of his life. He was seen earlier this month in the back of a taxi sporting bright red hair, matching his partner Dianne.

The dedication to his role is clear from falling ill during his training to changing his style.

The Strictly Come Dancing Christmas Special 2021 airs on Christmas Day at 5.10pm on BBC One and BBC iPlayer.

Are you looking forward to seeing Fred dance this Christmas? Leave us a comment on our Facebook page @EntertainmentDailyFix and let us know what you think of this story.