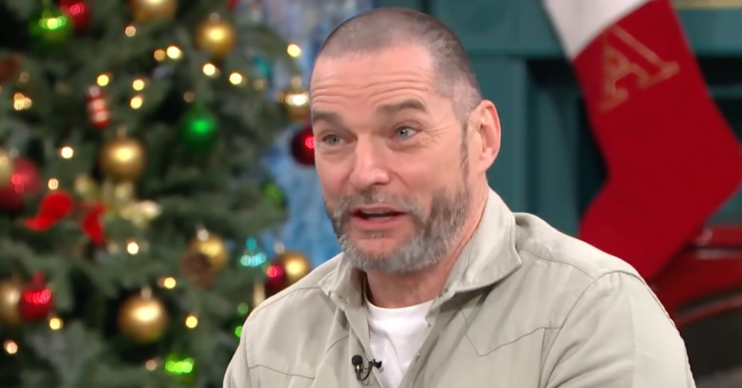 His family can't make it over for the big day

First Dates favourite Fred Sirieix has declared in a new tweet that Christmas has been “ruined”.

The star posted the message ahead of tonight’s First Dates Christmas special (December 22).

It came after new COVID restrictions meant his parents couldn’t come over from France for the festive season.

What did First Dates star Fred say about Christmas?

Fred made the comments while posting a tweet about the First Dates Christmas special.

He said: “Christmas might be ruined but we still have love. Tonight #FirstDates special 9pm @Channel4.”

Read more: When is the Strictly special starring Fred Sirieix on TV?

Fans were quick to rally round, with one telling Fred: “Christmas isn’t ruined Fred!”

Others said they were thrilled that the show – and Fred – were back.

One fan said: “Oh thank the Gaylord above that you’re back. Love your Christmas specials.”

Earlier this week he told fans on Instagram that he wouldn’t be spending Christmas with his family.

His parents were due to fly in for the Christmas period, but the COVID restrictions put an end to that.

Fred said: “The plan was to pick up Mum and Dad from the airport today and celebrate #Christmas en famille.”

He continued: “Very sadly it won’t happen this year again. Stay safe everyone.”

We just hope they’ll be able to access the BBC iPlayer and their son’s star turn on the Strictly dance floor on Christmas Day!

Fans were quick to rally round then, too.

“Oh Fred, I’m so sorry to hear that. I really hope you are reunited soon. Much love,” said one.

“I feel your pain, my sister and family were coming over from France for Christmas this week. We’re having Christmas dinner at Easter instead now,” said another.

The First Dates Christmas Special is on Channel 4 at 9pm tonight.