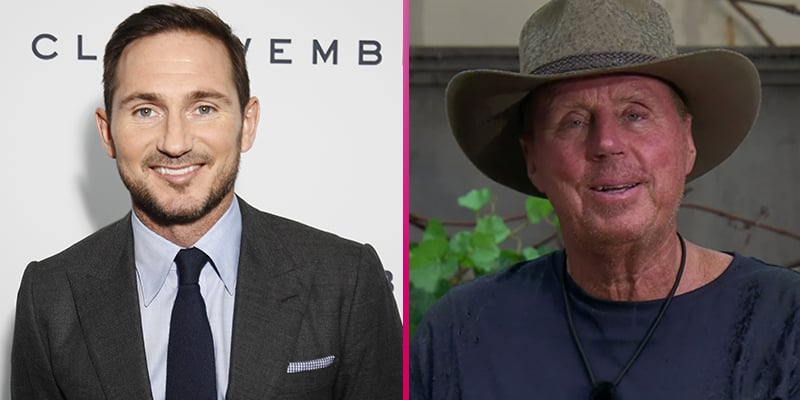 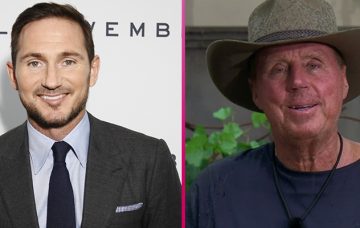 Frank Lampard is “surprised” at how well his uncle Harry Redknapp has embraced camp life on I’m A Celebrity… Get Me Out Of Here!.

The Derby County manager – who is the nephew of the 71-year-old football manager – is proud of his relative’s ability to take on all the tough tasks and is backing him to win.

The former Chelsea player told the Derby Telegraph newspaper: “His character hasn’t surprised me, because I know his personality full well – I’ve grown up with it.

“What has surprised me is how well he has taken on the tasks.”

Frank added: “One day one, he didn’t want to eat emu – then all of a sudden, I’m watching him down all sorts of things! I’m sure it’s not easy but he’s making a great go of it and I hope he wins it.”

Harry also impressed when he managed to down a glass full of blended pig penis during the live X Factor Bushtucker challenge!

Read more: Katie Price hugs ex Kieran Hayler as they agree she can have their kids at Christmas

Add that to the adorable things Harry has been saying about his wife of 51 years, Sandra, and fans can’t stop praising him!

i want someone to love me the way harry redknapp loves jam roly poly pudding (and sandra!) 😍 #ImACeleb

As if I couldn’t love Harry Redknapp anymore… The way he talks about Sandra, I love her too now. *Crying* #ImACeleb

And Frank thinks Harry’s performance in the jungle is particularly impressive because of his advancing years, saying he thinks the public are “falling in love” with him.

The 40-year-old former footballer also revealed that he has a connection to I’m A Celebrity… contestant Noel Edmonds, as the two attended the exclusive £14,000 a year Brentwood School in Essex.

Frank added: “Noel Edmonds went to my school, so it’s a weird sort of circle, not that I know him that well.”

Hmm…we’re not sure a posh education will help Noel in the jungle!

Who is your I’m A Celebrity… winner? Leave us a comment on our Facebook page @EntertainmentDailyFix and let us know what you think.