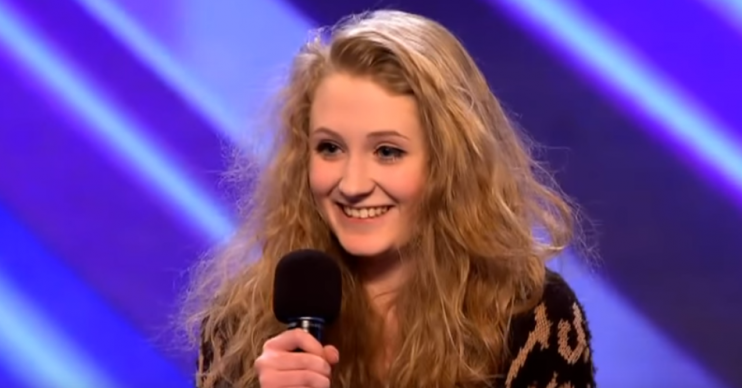 The reality star opened up about her battle with booze

Former X Factor star Janet Devlin has revealed that she has battled alcohol addiction for years.

The singer, 25, shared an emotional video on Instagram about her ongoing battle with alcoholism.

Janet, who appeared on the X Factor in 2011 at the tender age of 16, discussed her struggles in view of her some 88,000 Instagram followers.

She said that she almost died from over drinking and that now “so many great things have happened since I got sober and I never would have been able to see that”.

“A very grateful one at that. I got to learn young that I’m an addict and that may sound horrible but it was a blessing. A blessing to learn going that there is more to life than living in emotional and physical pain.”

Read more: Meghan Markle ‘in talks with agents to return to acting this autumn’

Her fans flooded her post with comforting words of support. One user posted: “You are a strong woman, never stop fighting.”

Another commented: “That is very brave of you to admit this. Just know all your fans are here for you.”

A third wrote: “Big hugs for you, alcohol is a beast that affects so many people and ruins lives, well done for being so brave in speaking about this.”

And a fourth offered support with: “We love you for being you . All of your frailties make you the person that thousands love.”

She went into further detail of her battle on her YouTube account, where she has an impressive 529,000 subscribers.

Calling the video “My Alcoholism – 5 Years in Recovery”, she explained how alcohol had initially boosted her confidence.

She said: “That voice in my head that just hated myself and wanted to over-analyse everything shut up eventually and it was great [when she drank].”

Read more: Stars In Their Eyes set to return with ‘huge twist’

She also explained how her alcohol tolerance quickly skyrocketed as a teen and she was able to down entire bottles of Jack Daniels in a day before she turned 20.

Speaking to the Belfast Telegraph, she further elaborated on what sparked her addiction.

“I despised who I was. Every action I made, I would over-analyse to the point of having panic attacks,” she said.

“On The X Factor, I spent so much time in bathrooms crying my eyes out.

“Booze gave me so much, it was this magical juice that allowed me to come out of my shell.”

Celebrating five years in recovery, and a current sober lifestyle, Janet has released a new song, Away with the Fairies, that explores her alcoholism and subsequent sobriety.

What do you think of Janet’s story? Share your thoughts with us on our Facebook page @EntertainmentDailyFix.