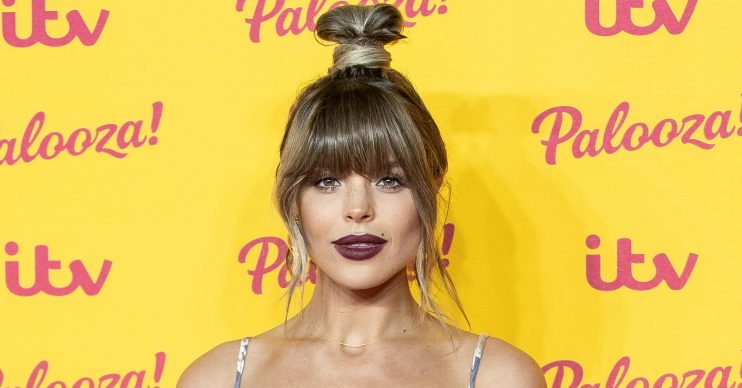 Chloe Lewis has revealed she’s pregnant with her first child.

The former star of The Only Way Is Essex, 28, took to social media to announce she’s expecting a baby with boyfriend Danny Flasher.

On Instagram, Chloe shared a snap of the two of them alongside an ultrasound scan pic.

Half me, half you ♥️

Her fellow TOWIE stars rushed to congratulate her on the news.

Lydia Bright commented: “Ahhhhhh so excited the news is finally out. So happy for you both, love you lots.”

Lydia’s mum, Debbie, wrote: “Omg huge congratulations, how beautiful is this baby going to be.”

Courtney Green commented: “YAYAYAYYYYY you revealed, I can’t wait to be an aunty.”

Other celebs took to the comments to offer their congratulations, with The Saturdays singer Rochelle Humes commenting, “Can’t wait to meet this beautiful baby”, Vicky Pattison from Geordie Shore writing, “OMG babe… huge congratulations” and Love Island’s Olivia Attwood telling her, “Awhhhh!! I’m so happy for you”.

Chloe joined the cast of TOWIE for the 14th series in 2015 and appeared in her final episode last year.

She announced her departure in February with an emotional statement for her Instagram followers, explaining that her “life isn’t in it” and it felt like “the right time” to move on.

Chloe wrote: “After a long four years on The Only Way Is Essex, I’m happy to announce I have decided to leave the show.

“My life isn’t in it anymore and I feel as if it’s the right time for me to move on to other things.

“I’ve had a wonderful time being part of the cast on the show, and have made friends for life. I really couldn’t have got through the last year without my Courtney and Chlo. Absolute true gems!”

Speaking further, Chloe said the show has brought her “such amazing opportunities” and she “wouldn’t change it for the world”.

Chloe has been dating Danny since 2017. She was previously going out with her TOWIE co-star Jake Hall, but the pair split in 2016.