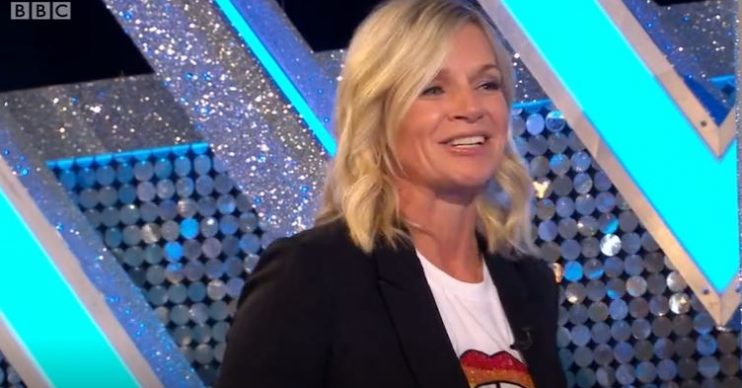 Former Strictly Come Dancing star Ian Waite has shocked the crew on It Takes Two with a quip about host Zoe Ball’s weight.

Presenter Zoe, 48, said the outfit made him look like late actor Patrick Swayze’s character in the 1980s film Dirty Dancing.

Introducing the dancer, she said: “It’s Ian! Looking a bit like Johnny in Dirty Dancing.”

Referencing the iconic Dirty Dancing scene where Johnny lifts Baby Houseman, played by Jennifer Grey, high over his head, Zoe continued: “It is a strong look! He’s going to lift me up in a minute! It’s going to be amazing.”

But Ian told her, “I’m not that strong!” prompting a flood of gasps and shocked laughter from behind the camera.

Ian stood looking embarrassed but Zoe reassured him, laughing: “He’s got a point. I am 12 stone.”

Ian first appeared in Strictly Come Dancing for series two in 2004, when he got to the final with former athlete Denise Lewis but was beaten to the top spot by actress Jill Halfpenny and pro Darren Bennett.

He was partnered with Zoe Ball for series three in 2005 and again narrowly missed out on raising the coveted Glitterball trophy, coming third place.

Strictly Come Dancing continues this Saturday (12.10.19) with week four of the competition – and the songs and dances for the latest episode have already been revealed.

All eyes will be on former Emmerdale star Kelvin Fletcher and his pro partner Oti Mabuse, after the pair smashed Movie Week and managed to top the leaderboard.

Kelvin said last week: “What a night! Even three weeks in it still feels surreal. This Strictly experience is just incredible and I don’t want it to end.”

Now, the duo are set to take on the rumba with a routine played out to Bill Withers’ hit Ain’t No Sunshine.