Former Pop Idol judge Nicki Chapman has opened up about her secret health battle, revealing the terrifying moment doctors told her she has a brain tumour. 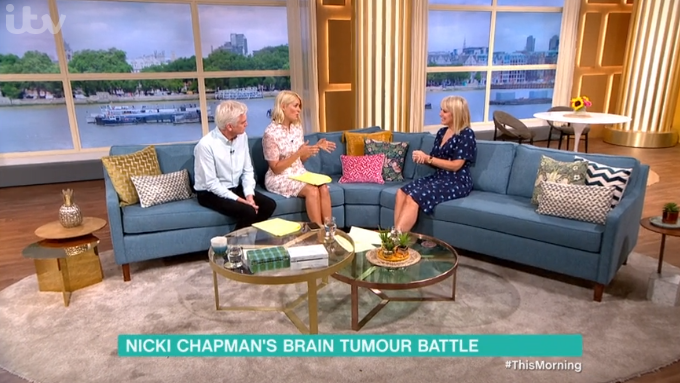 Nicki wanted to share her story in case it helps others in a similar situation (Credit: ITV)

But subsequent scans showed a benign tumour at the back of her head and Nicki was told she needed an operation to get it out.

Speaking to hosts Phillip Schofield and Holly Willoughby about her symptoms, Nicki said she first noticed something was up when she struggled to read her emails.

I've still got a little bit of him left. We've called him Burt. You've got to have a sense of humour.

She continued: "I went on holiday, felt fine, came back, did a photo shoot. That afternoon I realised I couldn't see again. I had to do a voice over and couldn't speak.

"I walked into the edit, sat down, and the editor was chatting away and I thought, 'I can't talk to you'. Nothing was coming out. I could see the words in my head but I couldn't say them. 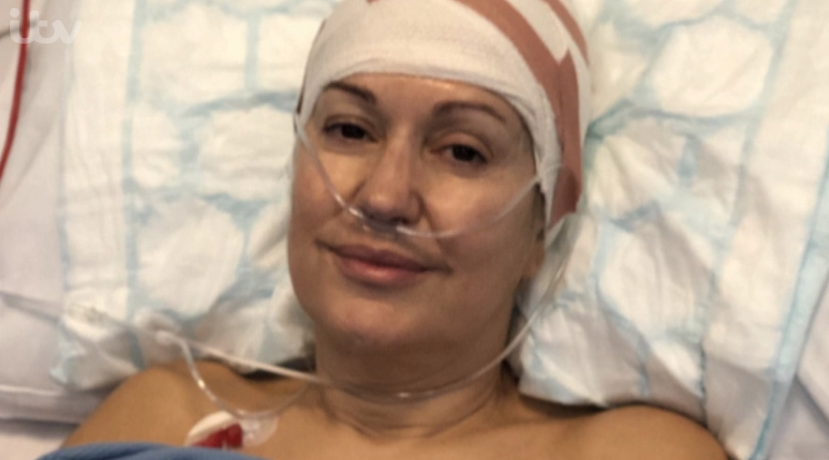 She had surgery just five weeks ago (Credit: ITV)

"It only lasted five or 10 minutes and then that evening, I was fine."

Nicki added: "So when I went home that evening, I told my husband, 'Something read odd happened, I must go to doctors'."

After speaking to her GP the next day, Nicki found herself unable to see again.

She was told it might have been a stroke, but a visit to the hospital revealed just how "serious" the situation was. 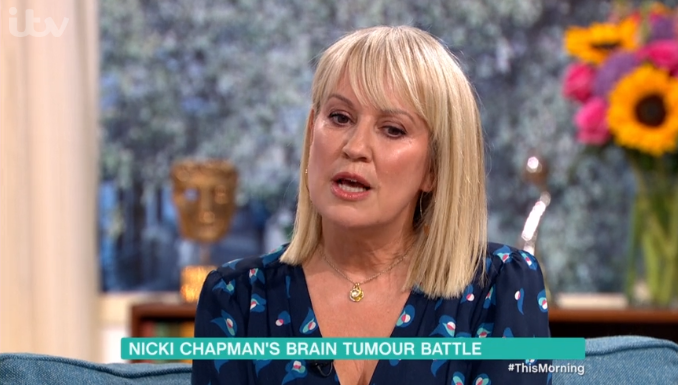 She knew something was up after struggling to read her emails (Credit: ITV)

She was surprised to learn about the tumour as she hadn't experienced any headaches, but the doctors said she'd likely had it for between one and three years.

Nicki went on to reveal that the surgeons weren't able to get it all out.

She added: "I've still got a little bit of him left. We've called him Burt. You've got to have a sense of humour, haven't you?"

Having kept her health battle secret and told just a few people, Nicki wanted to come on TV to speak about the scare and help others in a similar situation. 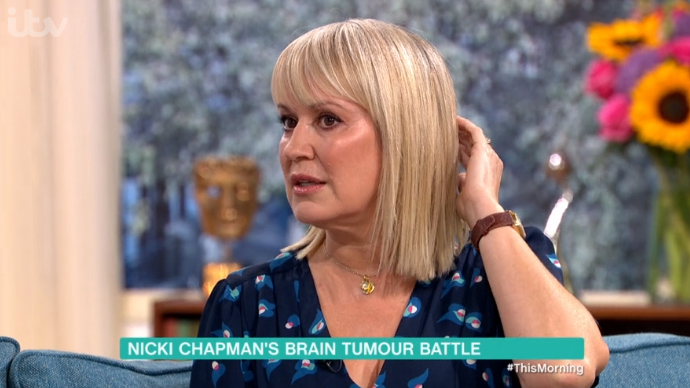 Read more: Max George hits back at claims he exchanged messages with Meghan before she met Prince Harry

Viewers on Twitter were amazed at her strength and positivity, with one tweeting: "What an inspiration. To have gone through all that and managed to stay positive says a lot about a person. Something like this definitely makes you see life differently and appreciate things so much more. I wish you the very best of health for the future. #ThisMorning @Nicki_Chapman."

Another called her a "lovely ray of sunshine".

What an inspiration. To have gone through all that & managed to stay positive says alot about a person. Something like this definitely makes you see life differently & appreciate things so much more. I wish you the very best of health for the future. #ThisMorning @Nicki_Chapman

So good seeing @Nicki_Chapman on @thismorning today speaking about her recovery after brain surgery. What a lovely little ray of sunshine you are Nicki :) #ThisMorning