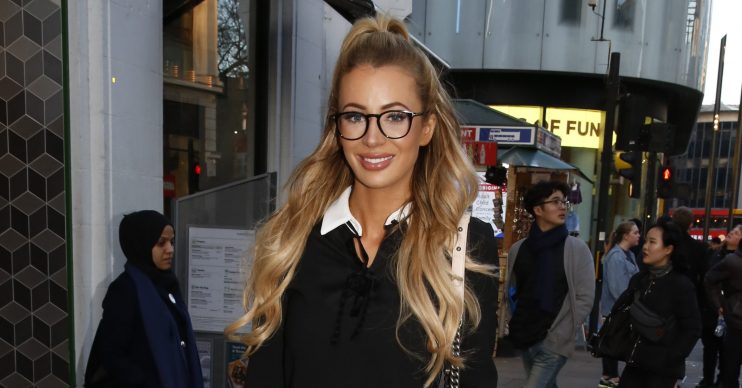 Bradley Dack proposed while the pair were on holiday in Dubai

Olivia Attwood has got engaged, it has been revealed after the weekend.

The former Love Island star took to Instagram to reveal she is to marry her Blackburn Rovers footballer boyfriend Bradley Dack, following a romantic proposal in Dubai.

Bradley also shared an image of the couple with Olivia’s engagement band on display.

He wrote: “Soooo this happened last night… one of the happiest days of my life.”

Several of Olivia’s reality TV star pals took to Instagram to congratulate the couple, including TOWIE’s Demi Sims, who joked Bradley must be “crazy”.

She wrote: “He’s defo crazy but DEAD CUTE AT THE SAME TIME .. so happy for you both congrats (sic)”

Soooo this happened last night.. one of the happiest days of my life 💙💙💙

Read More: Rebekah Vardy ‘breaks down in tears’ as she returns to the UK

Olivia and Bradley dated before she was on Love Island in 2017 and have broken up a number of times, most recently in April.

Soooo this happened last night… one of the happiest days of my life.

Olivia, 28, recently insisted people only appear on the ITV2 dating show for the experience rather than to find The One.

She said: “I don’t think anyone ever goes on Love Island for love. Anyone who tries to claim they do is weird, it’s just, like, embarrassing.

“Like, come on, there are easier ways to meet someone. I went on for the experience, not thinking I was going to meet my husband.

“Now, when people go in, they know what’s up for grabs, but we had no idea how big it was until we left.”

Leave us a comment on our Facebook page @EntertainmentDailyfix and let us know what you think of this story.