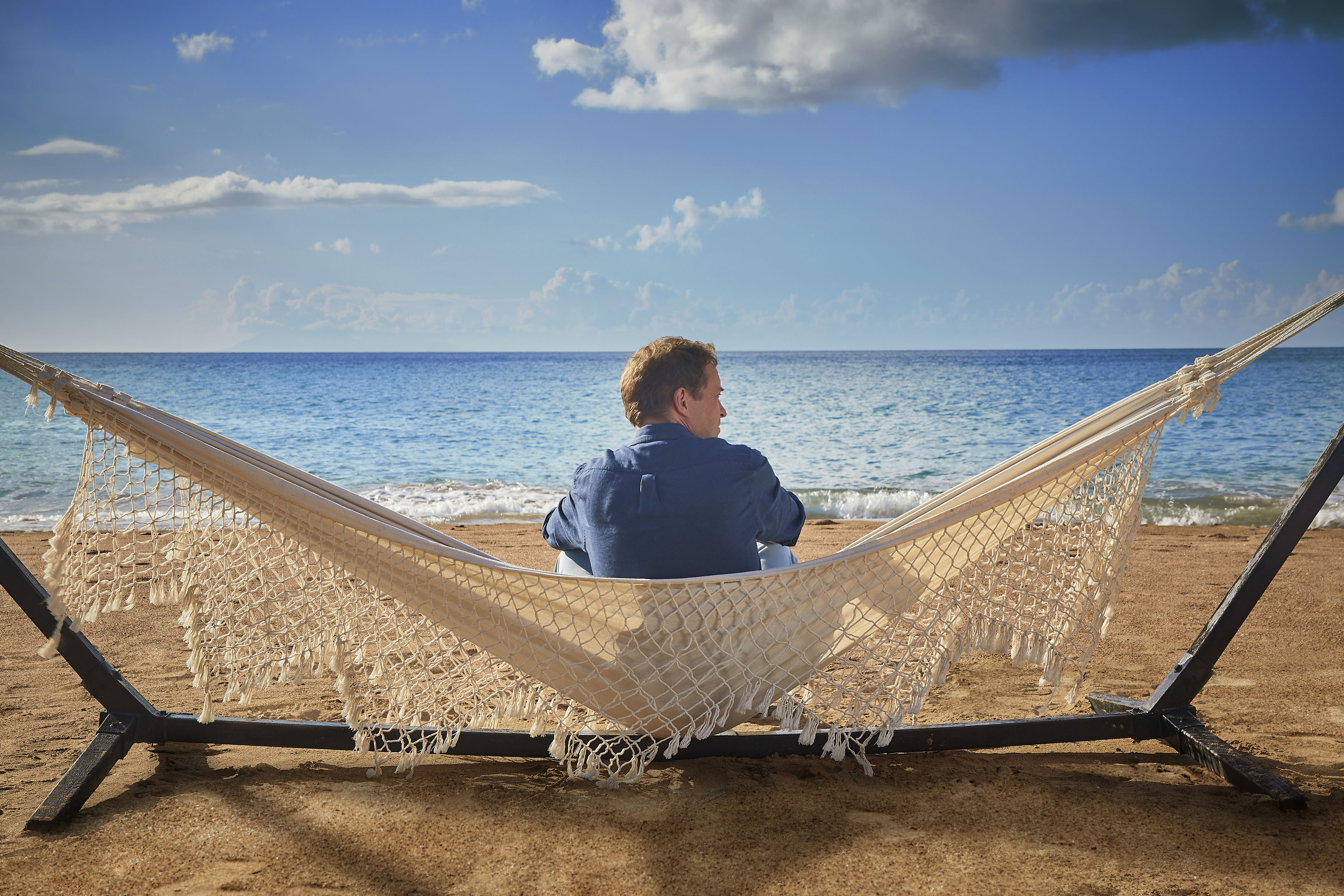 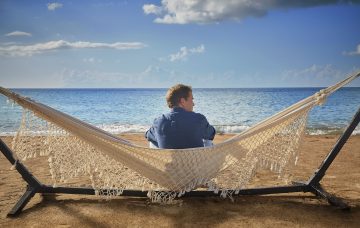 Richard Blackwood swapped the murky underworld of Walford for the goosepimpling coldness of the ice rink in Dancing On Ice – but he’s about to turn up in the tropical temperatures and beautiful setting of Saint Marie island.

The former EastEnders star, 46, guest stars in tonight’s episode of Death In Paradise (Thursday 21 February) and here’s the first look at him in character.

Richard stars as Carlton Smith in the penultimate episode of series eight, the new boss of a local reggae radio station, who has been brought in by management to ensure the station appeals to a younger audience.

However, the radio station soon becomes a murder scene when popular local reggae DJ, Dezzie Dixon, is shot dead during a live broadcast.

Read more: Death In Paradise viewers slam show for loss of Dwayne Myers and call it the ‘last straw’

Dezzie’s colleagues had just stepped out to grab some food, so there are no witnesses – apart from the station’s thousands of listeners.

So who killed Dezzie? And is Richard’s character a suspect?

Annoyingly for DI Jack Mooney, his investigation into the murder is hampered by the presence of humourless DS Madeleine Dumas from internal affairs, who is reviewing his methods after the recent death of Patrice and departure of Florence.

Richard shared his excitement at his guest appearance with his 183,000 Instagram followers, when he posted a sun-drenched photo of himself in the beautiful waters of the Caribbean.

Yes, he HAS been working out…

He said: “It’s finally here people! If you have the time, check my episode of Death in Paradise tomorrow BBC1! Tying up deals, working hard and appreciating when I’m on the screen! God Bless People! 2019 Takeover.”

Fans were quick to congratulate him on the role and replied with excitement, with one saying: “Finally! Can’t wait. I’m a big fan of the show.”

The scenes were filmed last year, in between Richard’s mysterious exit from EastEnders as Vincent and the actor starting on Dancing On Ice.

Dancing On Ice fans were outraged in January – just weeks into the competition – when Richard was voted off instead of Gemma Collins.

He scored 18 points out of a possible 40 for his performance to Beggin’ from Jersey Boys during Musicals Week.

On his exit, an emotional Richard struggled to fight back tears, saying: “I am disappointed but it’s all good. It’s all good.”

Will you be tuning in to see Death In Paradise this week? Leave us a comment on our Facebook page @EntertainmentDailyFix and let us know what you think!