EastEnders fans are convinced the arrival of pregnant Georgi in Walford last night is paving the way for the return of  Tina's daughter Zsa Zsa.

But actor Emer Kenny, who played the feisty young woman, has disappointed us all by saying she's got no plans to head back to Albert Square. 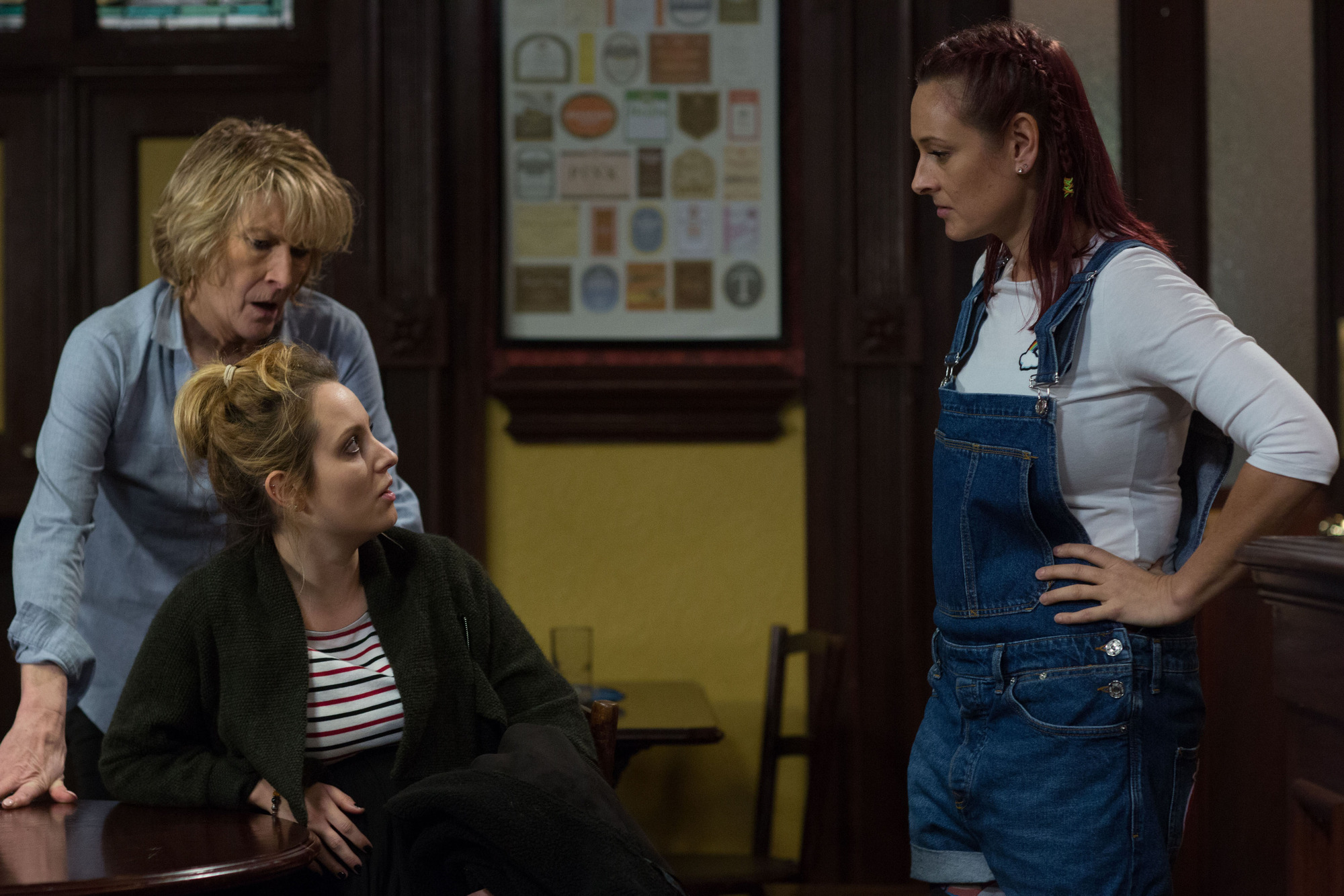 In last night's episode, Zsa Zsa's pregnant best friend Georgi turned up, meaning for a while  Zsa Zsa was all everyone was talking about.

Fans of EastEnders are convinced this is all pointing to Zsa Zsa returning to Walford - after all, it's a soap tradition that characters who leave are forgotten and never mentioned again. Until they're heading home!

Not recast & not coming back at the moment. 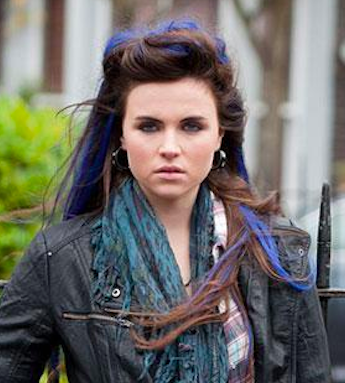 "I really hope that they bring Zsa Zsa back to the show," said one fan. "She was wonderful!"

"Hopefully Zsa Zsa's coming back then," said another.

And some viewers have gone straight to the horse's mouth to find out if Zsa Zsa could return - quizzing Emer herself on social media if it was true she was coming back.

Sadly for all of us, Emer replied: "No it's not true." 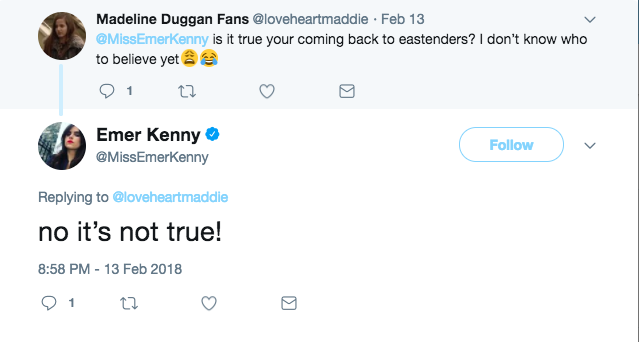 And later she added: "Not recast & not coming back at the moment."

But just when we thought all was lost, someone pointed out that Emer had said the magic words "at the moment."

"So there is a possibility you are coming back," the fan asked. 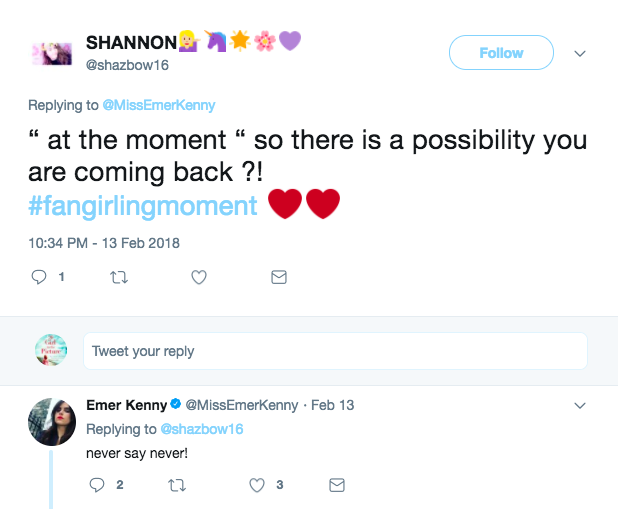 That's good enough for us!

With Lauren and Abi gone, there's a definite lack of young women in the Square so we reckon Zsa Zsa would fit right in.

Plus she'd definitely liven up the Carter family!

Would you like to see Zsa Zsa return to the Square? Leave us a comment on our Facebook page @EntertainmentDailyFix and let us know what you think!