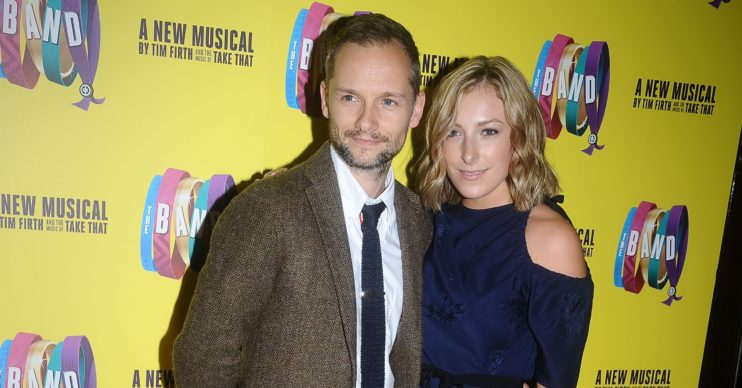 Jack and long-term partner Ella are due to become parents in July and appearing on Loose Women today (Thursday, May 28) Jack told of his excitement.

The former teen heartthrob was on the show to talk about his new children’s book.

It’s going to be an amazing journey.

But talk soon turned to the fact Jack is about to experience parenthood for himself for the first time.

“Both Ella and I are absolutely gushy and over the moon and I always just smile when I talk about it.

“We’re as prepared as we can be and we’ve got toys all around the place and clothes and bits and pieces and we’re ready to go.

“We’re just very humbled and grateful and it’s going to be an amazing journey.”

Jack Ryder and his EastEnders days

Jack played Jamie Mitchell on EastEnders for four years from 1998.  Jamie was killed off in heartbreaking Christmas Day scenes in 2002.

The actor told how he still keeps in touch with some of his former co-stars.

“Me and Mr Gaffney [Dean, who played Robbie Jackson] we touch base quite a lot and we talk shop.

“And me and Natalie [Cassidy, Sonia Fowler] as well, and Steve McFadden [Phil Mitchell].”

Evan was killed off when he was stabbed by Chloe in self-defence after he raped her.

Although he survived, when his condition deteriorated, Cameron decided not to intervene to save him to protect Chloe from Evan’s grasp.

The actor has now written a children’s book, called Jack’s Secret Summer, inspired by his own childhood.

“I’ve always been a big fan of films growing up,” he said, before adding 80s movies like The Goonies have stayed with him.

He admitted he wasn’t a big reader as a kid, until they took a family holiday and he read Matilda.

“For the first time ever, I remember being completely comforted by that story,” he said.

“Roald Dahl was a huge influence on me.”