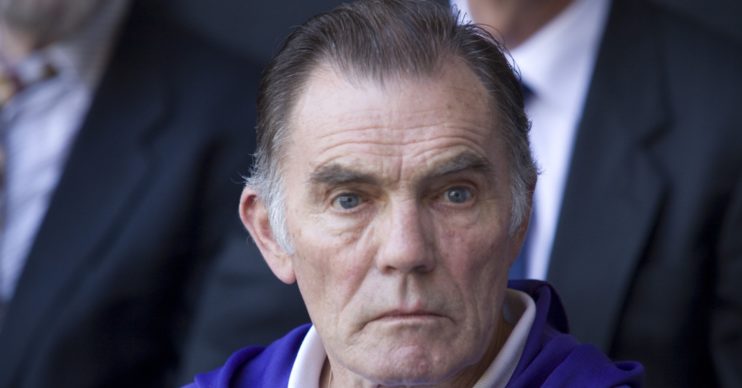 In a statement released on Twitter, Lovett Logan said: “It is with great sadness that we can confirm the passing of our wonderful client Maurice Roëves.

“We will miss him hugely and all our love goes to Vanessa and family.”

It is with great sadness that we can confirm the passing of our wonderful client #MauriceRoëves. We will miss him hugely & all our love goes to Vanessa and family. pic.twitter.com/Td4LRxiJYe

However, his cause of death is not yet known.

Who did Maurice Roëves play in EastEnders?

He arrived for his daughter’s wedding day to Phil Mitchell and subsequently revealed he wasn’t at all pleased with her choice of husband.

Geoff was especially angry when he discovered Kate knew all about Phil’s criminal past and had left the police force in order to marry him.

He was disappointed Phil didn’t drink, but after a conversation about alcoholism returned to Newcastle to clean up his act.

However, in March 2004 Kate heard he had taken his own life.

After his popular appearance on stage in Shakespeare’s Merchant of Venice, Maurice’s film debut was in the 1966 movie The Fighting Prince Of Donegal.

He was in hundreds of TV shows including for example Doctor Who, The Sweeney, Star Trek, The Eagle Has Landed and Tutti Frutti.

His most recent role was in The Nest, the BBC drama that aired earlier this year.

Maurice also had Hollywood roles in films such as Last Of The Mohicans alongside Daniel Day Lewis. He played Col Edmund Munro, who ripped the heart of a native American villain out.

Another of his notable film roles was as Jimmy Gordon in The Damned United.

The actor and wife Vanessa tied the knot in 2001.

She told the BBC Maurice had been in “ill health for some time.”

Maurice was born in Sunderland in 1937, but his family moved to Glasgow when he was seven.

He won a gold medal for his acting while studying at the Royal Scottish Academy of Music and Drama.

Social media has been swamped with tributes to Maurice.

Sad to learn of the death of the majestic Maurice Roeves (1937-2020). A versatile actor, he was often cast as the ‘Glesga hardman,’ though his roots were in Glasgow’s theatrical traditions and he possessed a considerable gift for comedy. Vale! #DoctorWho #Ulysses #TwoDoorsDown pic.twitter.com/pAnsu2kskQ

What a great actor and lovely with it. RIP the Ealing bohemian, Maurice Roeves. pic.twitter.com/r07p4BzIM8

One of the greatest actors to ever grace the sets of Doctor Who. His performance in Caves of Androzani is incredible and shows you don’t need to be an elaborately designed alien to be a monster. A magnetic presence onscreen who will be missed. Rest in Peace.#MauriceRoeves https://t.co/FjeQJbFX4Y

Aw, Maurice Roeves. Knew something was good when he was in it.

RIP #mauriceroeves, a fine actor who cornered the market in quietly dangerous hardmen roles back in the day.