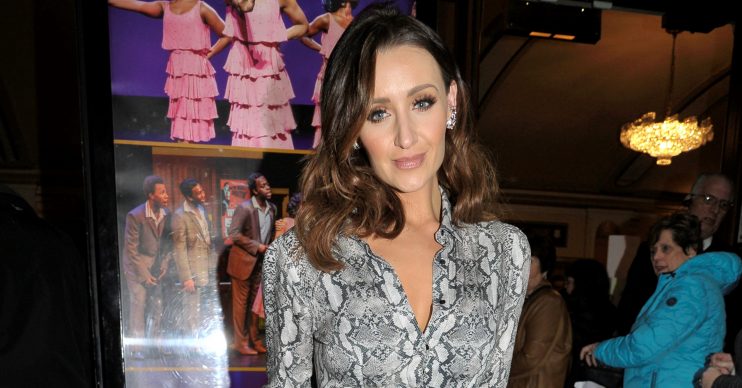 The actress says she would "love to learn to dance"

Catherine Tyldesley is set to compete on the new series of Strictly Come Dancing.

The former Coronation Street actress is in advance talks with producers about appearing on the upcoming season of the celebrity dancing contest and has even had a pairing test with one of the show’s professionals.

A source told The Sun newspaper: “Catherine loves the glitz and glamour of the show.

“Producers think she’ll be a great signing because of her strong fan ­following and her bubbly personality. They can see her going far in the competition.”

But while producers may be confident about the 35-year-old actress’ chances of success on the show, Catherine – who has son Alfie, four, with husband  Tom Pitford – recently admitted she doesn’t think she’d do very well if she was ever asked to appear.

“The most important mark I will ever leave on this earth is my son” #Alfie #mylove #grateful #Easterdays #family Dress: Vintage Zara

She said: “I adore Strictly – it’s one of my favourite ever shows. I would genuinely love to learn to dance, because I can’t dance.”

It was recently claimed RuPaul’s Drag Race star Michelle Visage is also in line for a place on the show.

A source recently told The Sun: “This is a very strategic signing from the BBC as Michelle has a huge following, especially in the gay community.”

Michelle is also known for her no-holds-barred comments on Drag Race and it is hoped she will provide some great TV moments by firing back at any judges who criticise her steps on the show.

Read More: Who is rumoured to be taking part in this year’s Strictly?

The source added: “Since she is known as the fiery judge on Drag Race producers are pre-empting her clapping back at any of the harsh comments from the Strictly panel which will make great TV.”

Comedian Alan Carr and Welsh newsreader Huw Edwards have also reportedly been approached by the BBC for this year’s series.