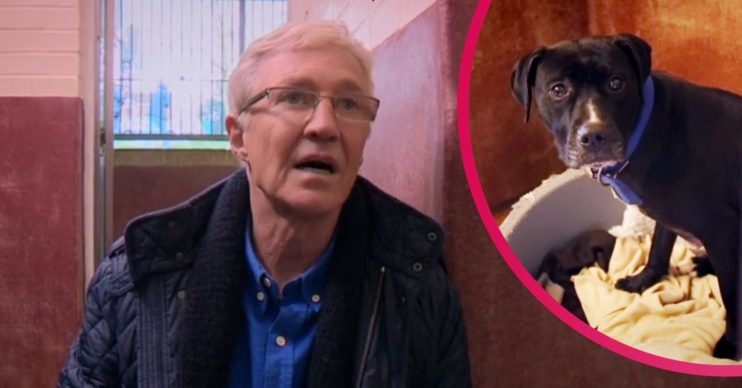 For the Love Of Dogs: Paul O’Grady fans in tears over Whisper’s emotional reunion

The last episode in the series

Paul O’Grady For the Love Of Dogs fans were in ‘floods of tears’ last night as a dog named Whisper reunited with her foster mum after years apart.

During the final episode of spin-off series What Happened Next, aired yesterday (Wednesday, August 5) evening, viewers got an update on former Battersea resident Whisper.

What happened with Whisper on For the Love of Dogs?

Years ago, they found the abandoned pooch and suspected she had been denied the loving, safe life every dog deserves – and was instead simply used like a machine as a breeding dog.

When Paul first met her, he thought Whisper was the most nervous dog he had ever seen.

One of the staff at Battersea Dogs & Cats Home, Karen, decided to become a foster carer for her.

Read more: Paul O’Grady reassures fans on the future of For The Love Of Dogs after filming is suspended

Paul explained: “Karen was at Whisper’s side from the minute she arrived, doing everything she could to reassure her.”

He added: “So sad to see her like this.”

Karen replied: “It really is, she still [feels] quite frightened of the outside.”

“So literally she’s been used for breeding purposes and that’s it?” Paul asked, adding: “People make me sick.”

And when Karen came to see her, the pooch appeared to recognise her former foster mum – and proceeded to jump all over her, licking her to pieces.

How did viewers react to Whisper’s story?

Those watching at home were in tears over the emotional reunion.

Reacting on Twitter, one ITV viewer said: “Oh my days, #pogdogs #Whisper. From heartbreaking to heart roasting. The staff at #Battersea are just amazing @Battersea_.”

Another said: “Bawling at #pogdogs Whisper, dear of her… we don’t deserve dogs!”

A third tweeted: “Oh Whisper is breaking my heart #pogdogs.”

“Absolutely brought me to tears seeing Whisper see and remember Karen,” said a fourth. “So heartwarming and lovely #pogdogs.”

A sixth tweeted, alongside a tearful emoji: “Omg, when whisper recognised her.”

“#pogdogs floods of tears for Whisper and so much love for Karen,” one viewer said.