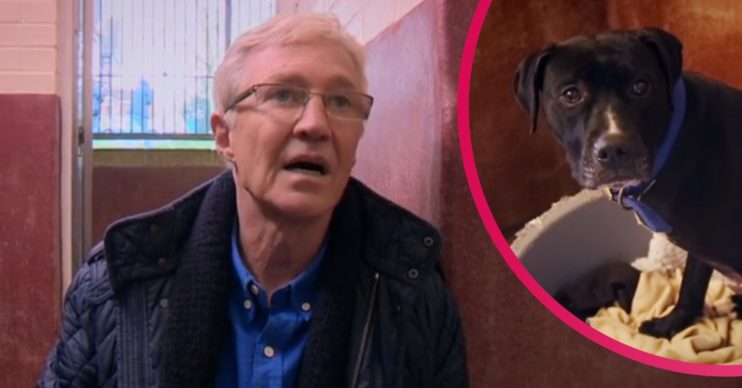 For the Love of Dogs new series: Paul O’Grady says some dogs were too abused to be filmed

He's urged people to have compassion for their dogs

The new series of For the Love of Dogs is on its way and host Paul O’Grady has share heartbreaking details of his experiences filming new episodes.

The broadcaster, 65, has spoken about the “horrific” conditions some puppies are born into – and called for “stiffer” sentences for people who abuse animals – ahead of the next instalment of his beloved ITV show.

What did Paul O’Grady say about the new series of For the Love of Dogs?

In a chat with the Mirror, Paul said he believes people running puppy farms are “getting away with murder” and slammed the government’s lax attitude towards it.

He told the newspaper: “[Authorities] need to wise up as these animals are so important to people. They have to introduce much stiffer sentences for abusing animals.

“It’s a horrific ­business,” he said, explained how perpetrators take puppies from their mother “far too early” and the animals have diseases.

According to the Mirror, Paul said that at one point, the dogs had faced such terrible abuse, producers decided not to film them.

They were blind from over-breeding.

He explained: “We once had a van full of puppies turn up and they had eye infections. Nobody had ­bothered to care for them, and they were blind from over-breeding.”

Some, Paul said, were so bad. Vets removed their eyes.

Paul’s message for those unable to care for their dogs

Speaking further, Paul said he understood that people have faced hard times during the coronavirus pandemic. Some people have, unexpectedly found themselves no longer able to look after their dogs.

Paul said he had seem people coming into Battersea Dogs & Cats Home – where For the Love of Dogs is filmed – in “floods of tears”.

However, he said there “no shame” in not being able to cope with having a pooch in the house. However, he urged people to “bite the bullet” and “don’t abandon them”, but instead, take them to their local shelter.

Will you be watching the new series of For the Love of Dogs? Leave us a comment on our Facebook page @EntertainmentDailyFix and let us know.